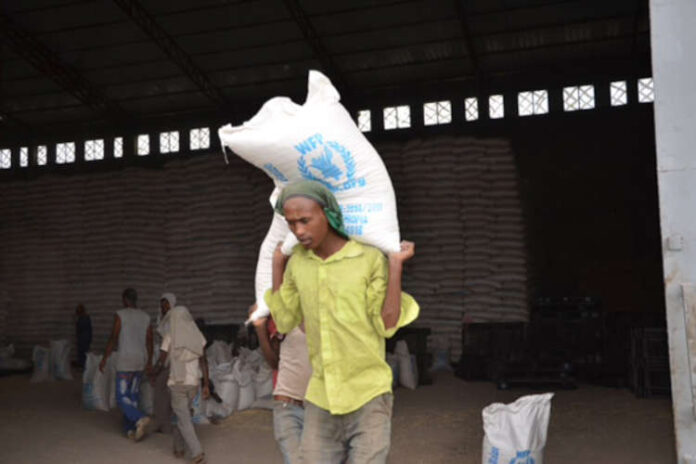 The World Food Programme (WFP) has commenced a major food assistance operation to serve more than 450,000 people over the next two weeks in the northern Ethiopian towns of Kombolcha and Dessie.

More than 2.1 million people have been displaced due to fighting between Ethiopian troops and the Tigray Defence Force.

The fighting started after the Tigray People’s Liberation Front (TPLF), the regional government in Tigray, attacked a key Ethiopian military base in the region.

WFP said its humanitarian warehouses in Kombolcha, Amhara region, were looted and vandalised, raising fears that fewer people in need can be reached by WFP and its partners.

‘The loss of this food means fewer people in need can be reached by WFP and its partners.

‘Despite this setback, WFP, in partnership with the Joint Emergency Operation (JEOP), is pushing ahead with operations and will today begin a major food assistance operation to serve more than 450,000 people over the next two weeks in the northern Ethiopian towns of Kombolcha and Dessie.

It is understood that the ongoing conflict and a huge funding gap are making humanitarian food assistance to millions of Ethiopians across the country uncertain.

Two agencies of the United Nations had earlier said they needed U.S.$68 million to avoid food ration cuts for over 700,000 refugees in Gambella, Afar, Shire, Melkadida, Assosa and Jijiga camps in Ethiopia.

‘Across the entire country, WFP has an unprecedented funding gap of U.S.$546 million to save and change the lives of 12 million people over the next six months’.

WFP also called on all parties in the conflict to respect humanitarian operations and assets and allow unimpeded passage of humanitarian relief to civilians in need.

‘For WFP to scale up the delivery of food assistance to save 3.7 million lives in northern Ethiopia, all parties must cooperate to facilitate movement of supplies across battle lines and allow access to affected populations, wherever and whenever needed’, he added.