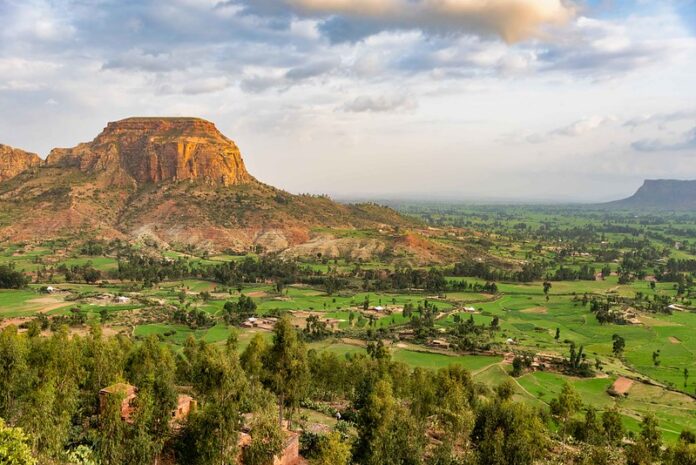 The High representative of the African Union Commission (AU) for the Horn of Africa, Olusegun Obasanjo, has called on all parties in the Tigray conflict to dialogue in order to guarantee political stability in Ethiopia.

Obasanjo, in a statement, urged the conflicting parties to halt military offensives and engage in dialogue as the only reliable and sustainable avenue to peace.

More than 1.7 million people have been displaced by fighting between Ethiopian troops and the Tigray Defence Force.

‘I, therefore, appeal to the leadership of all sides to halt their military offensives. This will allow an opportunity for dialogue to continue to progress. Such talks cannot deliver in an environment of escalated military hostilities’, the former Nigerian leader said.

‘I am optimistic that common ground towards a peaceful resolution of the conflict can be secured. The interlocutors I have engaged on all sides have stated their wish for peace, security, and stability in Ethiopia.

‘The main point of difference between the actors is in the means by which they seek to achieve this essential objective.

‘War represents a failure of politics. Thus dialogue remains the only reliable and sustainable avenue to peace. There is no military solution to the conflict and battlefield victory cannot guarantee political stability in Ethiopia’.

Obasanjo further called on African leaders and the international community to support mediation efforts and refrain from actions or rhetoric that will worsen the conflict.

Since the conflict began in November 2020, numerous grave abuses have been allegedly committed by Ethiopian and Eritrean armed forces, and regional Amhara militias allied to the Ethiopian army.

The Chairperson of the AU, Moussa Faki Mahamat, recently called for immediate cessation of hostilities in the region.