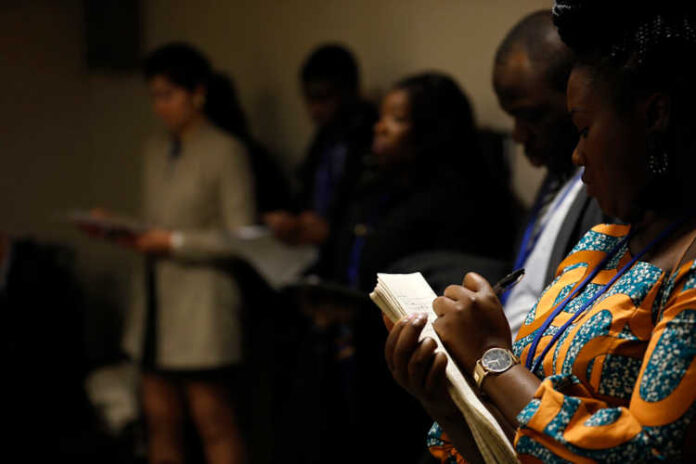 Some African activists have said wealthy countries are not doing enough to stop climate change and the world is unlikely to meet its targets in the fight against global warming.

Speaking at the COP26 Summit in Glasgow, United Kingdom, the activists said very little progress has been made in the response to climate crisis.

Although over 100 countries have pledged to cut methane emissions by 30 percent before 2030, the activists insist it will not be enough.

He urged the United States and other developed countries to walk the talk and commit to ending the use of fossil fuels, which are the biggest causes of global warming.

Also speaking, a climate activist from Rwanda and the Director of Loss and Damage Youth Coalition, Grace Ineza, said it was time the world addressed the needs of those facing the worst effect from the irreversible and unavoidable impacts of global warming.

‘We urge countries to start the process to deliver finance for loss and damage. It is time for our political leaders to address the needs of vulnerable communities already facing climate impacts. It is a matter of urgency and justice’, Ineza said.

For his part, a climate activist from South Africa, Colin Besaans, said most developed countries were leveraging COP26 to make other announcements and commitments that fall outside of the negotiations process.

‘While many of these announcements may seem promising on the surface, they are creating dangerous distractions from the commitments within the negotiations that continue to go unfulfilled’, he said.