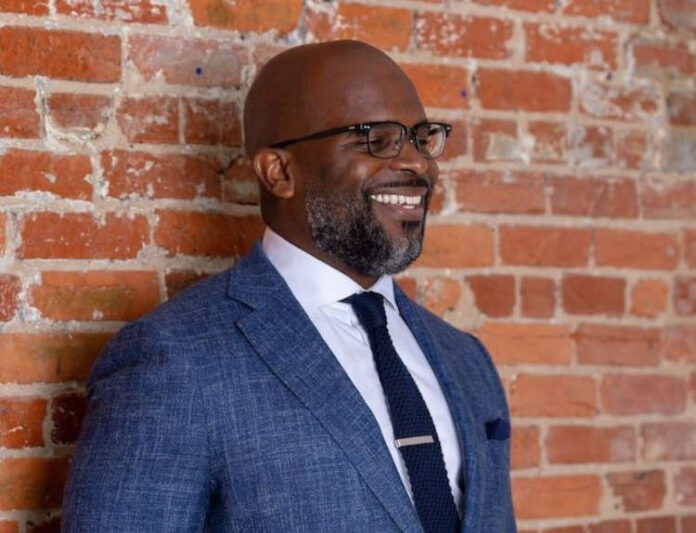 Travis Adkins has expressed his excitement for his new role as president and Chief Executive Officer (CEO) of the United States African Development Foundation (USADF).

The USADF Board Chairman, Jack Leslie, on 22 November announced Adkins as the agency’s new president and CEO.

Adkins will succeed C.D. Glin who joined PepsiCo in May 2021 after serving as USADF’s president and CEO for five years.

The current Deputy Assistant Administrator in the Africa Bureau of the U.S. Agency for International Development (USAID) will be sworn in at the start of 2022, according to Leslie.

‘I am overjoyed to take on the role of president and CEO at USADF and join stellar colleagues – in Washington and across the continent – to support the livelihoods, innovation, and aspirations of African people’, Adkins, who has two decades of experience in governance, civil society and refugee and migration affairs in more than 50 countries in Africa and the Middle East, said.

USADF is an independent federal agency working directly with Africa’s most vulnerable and underserved communities to secure economic development and growth at the grassroots.

The agency prides itself on being a community-level connector, awarding grants and technical assistance of up to $250,000 to African-owned small- and medium-size enterprises (SMEs), agribusinesses, and promising youth and women entrepreneurs.

It is understood that USADF had a record-breaking 2021 fiscal year, awarding $42.94 million in 329 development grants, the number of which represents a 23 percent increase from the 2020 fiscal year.

‘In a moment where localised development, respect for African agency, and high-level engagement between the U.S. and African nations comes into focus, USADF is well placed to lead’, Adkins added.

The USADF said in a statement that Adkins will lead the agency’s efforts to combat some of Africa’s most difficult development and foreign policy challenges in the hardest to reach and often most impoverished communities.

‘Travis is a champion for Africa and has a deep and lasting appreciation for USADF’s work at the grassroots level’, Leslie said.

‘He understands the importance of USADF’s participatory development model, and USADF will benefit greatly from his experience, deep network, and passion for Africa.

‘We are pleased that he has decided to head the organisation and build on its 40-year legacy of creating pathways to prosperity for underserved communities’.

Adkins was a Lecturer of African and Security Studies at the Walsh School of Foreign Service at Georgetown University. He also taught in the Georgetown Prison Scholars Programme as part of the university’s Prisons and Justice Initiative.

He is an alumnus of the International Affairs Fellowship at the Council on Foreign Relations and a recipient of academic appointments from Carnegie Mellon and New York Universities.

Adkins has served in numerous international election observation missions in Africa and the Middle East with the National Democratic Institute, has been a regular contributor to national and international media outlets on African affairs, and is a Life Member of the Council on Foreign Relations.

He is also a graduate of Fisk University, one of the illustrious historically black colleges and universities (HBCU) in the United States.