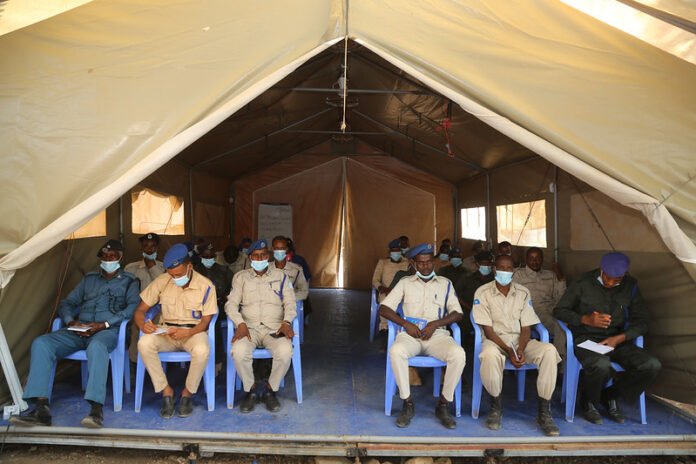 The African Union Mission in Somalia (AMISOM) has commenced a seven-day training programme to improve the capacity of the police in Somalia’s South West State.

The essence of the training, Development Diaries understands, is to guide the officers of the South West State Police on how to prevent terrorist acts, exchange information, search and extradite terror suspects.

According to AMISOM, about 25 police personnel from various police stations across the South West State are attending the training in Baidoa.

‘Especially ahead and post elections, training programmes such as these are important to the Somali Police Force’, Ejue said in a statement.

Data from the United States Department of State shows that Al-Shabab, a terrorist group, still controls significant portions of the country, particularly in south-central Somalia.

The Bay Regional Police Commander, Col. Amin Mohamed Osman, said the course would enhance the capacity of South West Police to fight terrorism in the state.

For his part, a participant, Hassan Mohammed, said the training would support efforts to address terrorism, which remains Somalia’s biggest challenge.

‘We hope to benefit a lot from the training on how to protect our community, our environment and our government’, Mohammed said.