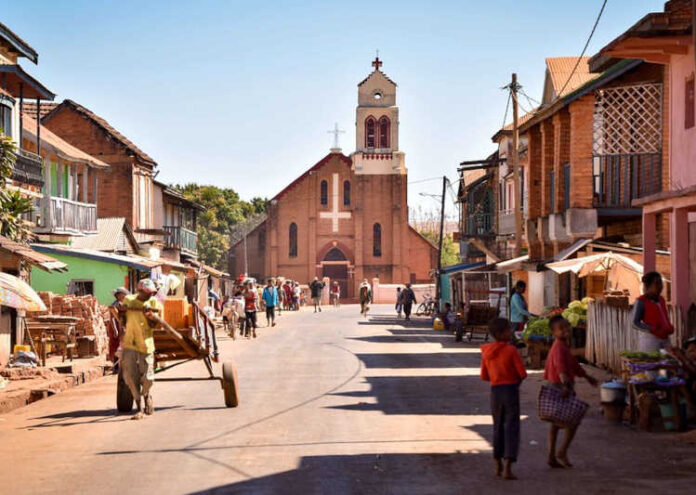 The United Nations Office for the Coordination of Humanitarian Affairs (UNOCHA) has called for additional funding to address escalating needs and prevent famine in Madagascar.

It is understood that the dire humanitarian situation in Madagascar’s Grand Sud region is leading to increasing school dropouts, a rise in gender-based violence (GBV) and child abuse.

In its recent Grand Sud Humanitarian Snapshot, the UN agency noted that many people have been forced to sell all of their household belonging, leaving them unable to cook food or feed their families.

UNOCHA also said 1.1 million people were in urgent need of emergency livelihood assistance to increase the local production of food and avert catastrophe in the country.

According to the latest Integrated Food Security Phase Classification (IPC) analysis, 1.31 million people in the Grand Sud will face high levels of acute food insecurity while the Ambovombe Androy district will in a worst-case scenario be at risk of famine.

Since April 2021, Madagascar has been facing a major outbreak of the Malagasy Migratory Locust – a voracious insect threatening rice and maize crops and therefore the food security and livelihoods of millions of people.

‘The rural population exposed to the locust risk is estimated at 4.25 million people, or 15 percent of the Malagasy population’, UNOCHA said in a statement.

‘Of these, approximately one million may have their livelihoods, nutrition, and food security diminished as a result of crop and pasture damage caused by the Malagasy Migratory Locust.

‘In the hardest-hit areas, over 60 percent of crops have been lost, forcing people to resort to desperate survival measures, such as eating locusts, raw red cactus fruits or wild leaves’.

According to Trading Economics, 23,000 people were displaced in 2020 as a result of the food crisis and criminality, especially attacks linked to cattle raiding.

‘The crisis has impacted the health of communities in the Grand Sud, with water shortage – and increases in water prices of about ten to 15 times the average – forcing families to drink and cook with unsafe water, exposing them to disease outbreaks’, the UN agency added.

‘With 1.59 million people in need of assistance out of a total population in the Grand Sud of 2.78 million, humanitarian partners are seeking nearly $231 million to assist 1.31 million people, of which $106.1 million has been generously provided by donors’.