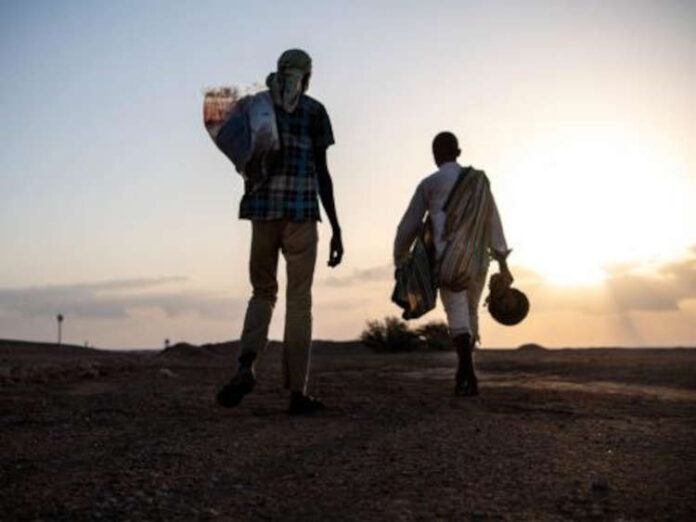 Amnesty International (AI) has called on the European Union (EU) to urgently suspend any cooperation with Libya on migration and border control.

The human rights organisation made the call following claims that Libyan security forces used unlawful lethal force in a roundup of over five thousand men, women and children from sub-Saharan Africa.

It said in a statement that the migrants were being held in horrid conditions where torture and sexual abuse are rampant.

AI said it spoke to witnesses, victims and family members, and examined dozens of videos and photographs shared by witnesses and published online of the raid and detention centres.

‘Libyan forces have a harrowing record of subjecting refugees and migrants to unimaginable horrors with impunity’, AI’s Deputy Director for the Middle East and North Africa, Diana Eltahawy, said in the statement.

‘Using unlawful lethal force to capture thousands of unarmed men, women and children solely on the basis of their race is a new low and lays bare the authorities’ utter disregard for the lives and dignity of refugees and migrants’.

According to eyewitnesses and video analysis, in the early hours of 01 October, armed men wearing uniforms with logos of the interior ministry and two affiliated militias arrived in Gargaresh.

‘Some were riding in armoured vehicles with mounted weapons and fired live rounds at unarmed refugees and migrants as they began to arbitrarily arrest thousands of sub-Saharan Africans’, the AI statement read.

Witnesses, according to the statement, said the armed men targeted people on the basis of their race.

AI noted that migrants and refugees reported that armed men beat and kicked them, ransacked houses and stole money and belongings.

The organisation called on the EU and member states to ensure that any future cooperation is contingent upon Libyan authorities ending the policy of arbitrary detention of migrants and refugees and effectively investigating abuses against them.

‘The EU and its member states must also open additional safe and legal routes into Europe, through the offer of a meaningful number of places for resettlement and alternative pathways for protection for the thousands of people in need of protection stranded in Libya’, it noted.

Meanwhile, the country’s Ministry of Interior has claimed that the raid was part of a ‘plan to attack criminal hideouts’ used for ‘distributing drugs and alcohol and shelter undocumented migrants’.