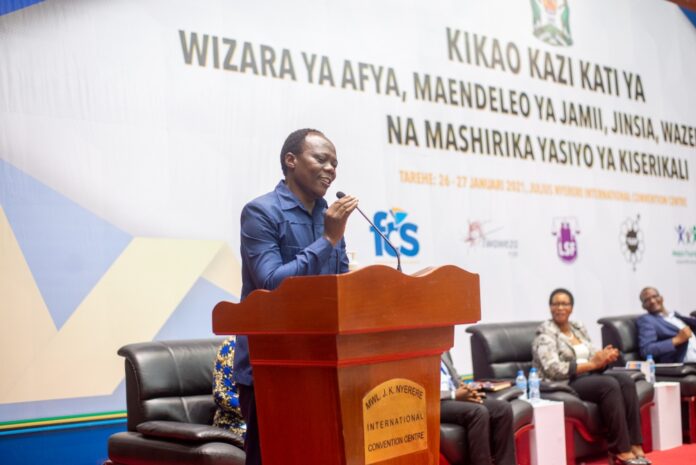 Tanzania’s Deputy Minister for Health, Community Development, Gender, Elderly and Children, Godwin Mollel, has advised government officials to include the contributions of non-governmental organisations (NGOs) in their reports.

The minister gave the advice at the closing ceremony of a two-day meeting of stakeholders, including civil society members.

Mollel also highlighted the role of NGOs in the promotion and protection of peace and security in the East African country.

‘The civil society plays a significant role in the socio-economic development of our nation. And we as a government would like to commend you for that’, Mollel said.

‘However, I believe that there should be a cross-cutting tracking system that will facilitate the monitoring and regular sharing of information between NGOs and government from the district, regional to national level, which will help keep track of the significant progress that you are making’.

He also said, ‘NGOs should be keen not to duplicate what the government is already doing, NGOs have the opportunity to invest in other potential projects.

‘This will therefore enable us to properly use our resources for the maximum benefit of the people’.

The Executive Director of Foundation for Civil Society (FCS), Francis Kiwanga, said the meeting provided an opportunity to discuss the achievements of NGOs, as well as challenges.

‘The meeting with government and NGO has been a historic event because for the first time we have had an event of such magnitude between the ministry and NGOs where the ministry sought to get feedback on issues within the civil society sector, in terms of laws and regulations and to provide inputs in their implementation’, he said.

‘Through the meeting, we want to strengthen our working relations and partnerships between the ministry and NGOs’.

The meeting brought together 350 participants from the civil society, including international and local NGOs.