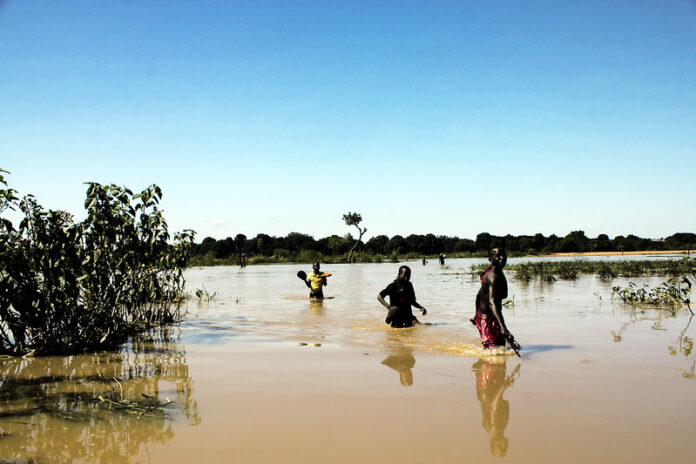 The United Nations Office of the Coordination of Humanitarian Affairs (UNOCHA) says at least 380,000 people from six states in South Sudan have been displaced by flash floods.

According to the UN agency, violence, flooding, food insecurity and the Covid-19 pandemic has increased the need for humanitarian assistance in the country.

The result has been a food crisis that has seen 9,000 people losing access to food every day, according to UNOCHA.

‘People have been affected by flooding in six states since May, with Jonglei and Unity the most affected. Many of those affected moved to higher ground within their county and needed humanitarian assistance’, the UNOCHA report read.

UNOCHA noted that more than 10,000 people in the Juba County of Central Equatoria have been displaced by the conflict between herders and host communities.

‘Fighting between armed factions in Yei County, Central Equatoria, displaced 700 people. Additional funding is needed to respond to the growing needs as a result of widespread flooding and violence’.

Heavy rainfall is expected to continue in northern and central parts of South Sudan until mid-September, according to the Intergovernmental Authority on Development (IGAD) climate prediction.