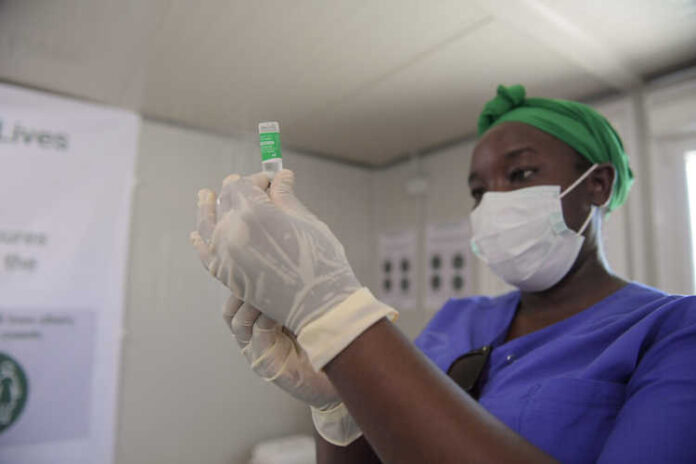 U-turn Homeless Ministries has helped more than 60 people, most of whom were homeless, get their single-jab Johnson and Johnson vaccine against the Covid-19 pandemic in Cape Town, South Africa.

Development Diaries gathered that U-turn, a registered Christian non-governmental organisation (NGO) in Cape Town, provided the vaccine in partnership with the Western Cape Department of Health.

The NGO, which focuses on the rehabilitation and reintegration of homeless people in Cape Town, registers people for vaccination using their name or identity numbers.

It was learnt that unlike many other vaccine sites, those who were willing to be vaccinated were only asked to write down their identity numbers if they had one.

After receiving the vaccine, they were served free meals.

‘We wanted to create a welcoming and safe space with a meal where people could have access to the vaccine if they choose’, GrounsUp quoted the NGO’s Director, Jean-Ray Knighton-Fitt, as saying.

Most people, it was also gathered, arrived from 9:30am to stand in line, as they hands were sanitised and personal information collected by U-turn staff members.

‘As the time went by I felt more relaxed. So now I am looking forward to getting vaccinated’, said 32-year-old Rashieda Eksteen from the Moira Henderson House shelter in Woodstock.

Eksteen said she had been hesitant to get vaccinated after her boyfriend had a fever as a side effect after getting his jab two weeks earlier.

‘We live in a world where you [do not] know if the next person has Covid-19, so rather be safe’, she said.

For his part, Andrew Swartz, 29, said he had Covid-19 this year and was hospitalised for it three times.

‘I am very happy that I survived [Covid-19]. I was passing by U-turn when they told me about this’, Swartz, who has lived on the streets in a makeshift structure in Newlands for 15 years, said.

‘I was thinking about whether to come or not because I just heard about the vaccine but I [did not] know what it was. So I decided to just come, and [I am] glad I did’.

The organisation, which supports between 1,800 and 2,000 clients yearly, has three service centres in Claremont, Muizenberg and Mitchell’s Plain.

South Africa has recorded more than 2.8 million cases of Covid-19 since the start of the pandemic, and 84,877 deaths.

‘If many people are not vaccinated […] the risk of new and more dangerous variants emerging is much greater’, Ramaphosa warned in a televised address to the nation.