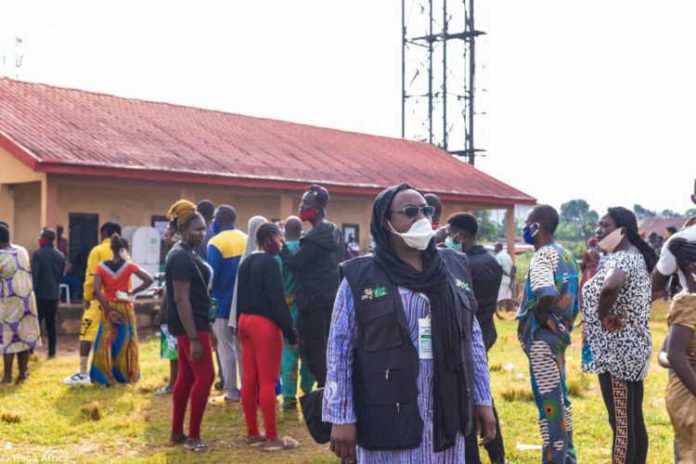 The civic, non-governmental organisation (NGO), which is monitoring the ongoing Continuous Voter Registration (CVR) exercise by the Independent National Electoral Commission (INEC), had earlier reported the registration of ineligible citizens in the states of Plateau and Kano.

In its latest report on voter registration, the NGO also noted attempts to disrupt registration in seven centres.

Although the report, titled Yiaga Africa Voter Registration Observation Report, recorded improvement in the registration process, called for the strengthening of security at the designated physical registration centres.

It is understood that the introduction of online registration created an opportunity for eligible voters to begin their registration process online and subsequently visit an INEC registration centre to complete their full biometric registration.

Yiaga Africa’s latest report covered the exercise in 151 INEC registration centres across the six geo-political zones for the period of 09 to 27 August, 2021.

The findings in this reporting period, according to the organisation, are based on reports from its Watching the Vote (WTV) observers in Adamawa, Anambra, Plateau, Kano, Rivers, Lagos and the Federal Capital Territory (FCT).

The report also said that while young people were leveraging the online platform as shown by INEC’s data, they were not completing the physical registration.

‘Yiaga Africa still reports the poor deployment of security personnel to the registration centres as shown in Appendix 1 and the near absence of political parties or their agents during this continuous voter registration exercise’, the report said.

‘Yiaga Africa notes that due to security threats in Gusau, Anka, Shinkafi, Zurmi and Bungudu LGAs in Zamfara state, citizens’ turnout to register was low.

‘In Anambra and other states in the southeast, the confusion around the sit-at-home order on Mondays have also impacted on the exercise’.

According to Nigeria’s Electoral Act, the age of eligible voter is 18 years and above.

‘However, reports of underage registration were received from Gaya and Rogo LGA in Kano State. This was also reported in the first reporting period’, the report said.

The WTV observers also reported that in some registration centres, some registrants were not issued a temporary voter card (TVC) after their data was entered in the manual register.

According to the INEC CVR guideline, an intending registrant whose biodata and biometric is captured and data entered in the manual register will be issued a TVC as evidence of registration

The report, however, commended INEC for bringing the CVR process closer to the people in Anambra State by decentralising the process to registration area/wards in the state from 30 August to 05 September, 2021, ahead of the November governorship election.

‘However, there is an opportunity for improvement, because in the five weeks of the commencement of the physical (in-person) CVR exercise, only 23 percent of those who registered online have concluded their voter registration in the INEC designated centres’.

The NGO, which called for more citizen engagement by INEC and stakeholders, urged the electoral umpire to ensure all registration centres are opened and accessible to citizens.