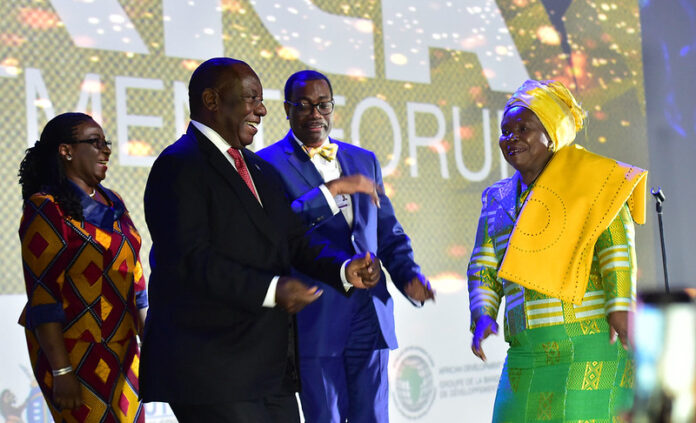 President of the African Development Bank Group (AfDB), Akinwumi Adesina, has received the Leadership Person of the Year award from the Leadership Newspaper Group in Nigeria.

The agricultural economist won the award in recognition of his ‘impeccable public service record’, according to the newspaper.

‘Dr Adesina and other recipients are deserving of this award. To whom much is given, much is also expected’, Nigeria’s Vice President, Yemi Osibanjo, who presented the award, said.

Senior Vice President of the Leadership Group, Azubuike Ishiekwene, also commended Adesina for his work at the AfDB.

‘In the past five years during which Adesina has presided over the African Development Bank, conscious efforts have been made to rededicate the bank to its core philosophy of ‘building today a better Africa tomorrow’, he said.

‘Under the “Light Up Africa Project”, the African Development Bank has a ten-year plan to drastically reduce the number of Africans who lack access to electricity.

Adesina, who was represented at the award ceremony by the Director General of AfDB Nigeria Country Department, Lamin Barrow, urged the federal government to consider economic investment as a way to address the spate of insecurity in the country instead of relying mainly on the military approach.

‘I take this moment to salute the great foresight, tenacity and doggedness of your founder Sam Nda-Isaiah, who positioned Leadership Newspapers to what it is today. May his soul continue to rest in peace’, he said.

Adesina, a globally renowned development economist with more than 30 years of international experience, is the eighth elected president of the bank.

In 2019, the United Nations Secretary General, Antonio Guterres, appointed his as one of 23 global leaders to help end hunger and malnutrition.