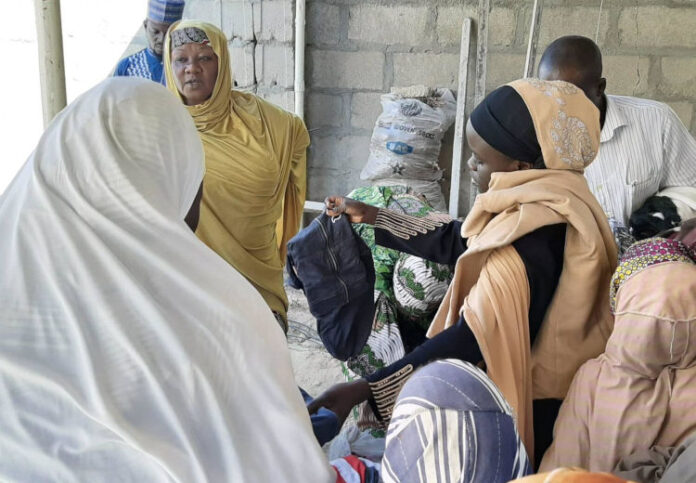 Over 400 internally displaced persons (IDPs) in northeast Nigeria have benefited from the interventions of the Allamin Foundation for Peace and Development.

The foundation, which focuses on education, gender, human rights, and peacebuilding, has helped many women affected by insurgency.

As a result of insurgency in the northeast, over two million people, including around 150,000 elderlies are displaced, according to the United Nations High Commissioner for Refugees (UNHCR).

It is also understood that more than 1.8 million women have been affected by the insurgency since 2009.

‘Vulnerability among widows and orphans is very high in Borno, we had to come in and show them that somebody really cares about them rather than joining the extremist themselves’, Premium Times quoted the foundation’s founder, Hamsatu Allamin, as saying.

She also said, ‘The early group of women rescued from joining Boko Haram and other vices were the ones we first identified with leadership qualities, trained and asked them to mobilise others.

‘We have leaders of the mothers, wives, former detainees and survivors of Boko Haram sexual violence’.

More than 15 batches of beneficiaries, according to the foundation, have been trained and given cash support and start-up kits for the past four years.

The foundation, which focuses on education, gender, human rights and peace building, works in Nigeria’s northeast, which has been ravaged by insurgency since 2009.

‘The foundation needs more financial resources to train more Hamsatu (herself), particularly among the youths, to make real interventions; shelter for women who are violated, shelter for orphans, and transformation’, Allamin added.

‘The government [does not] even know what the foundation is or its activities. Nobody even cares to recognise or even understand it except the present administration of Professor Babagana Umara Zullum (the governor of Borno State)’.