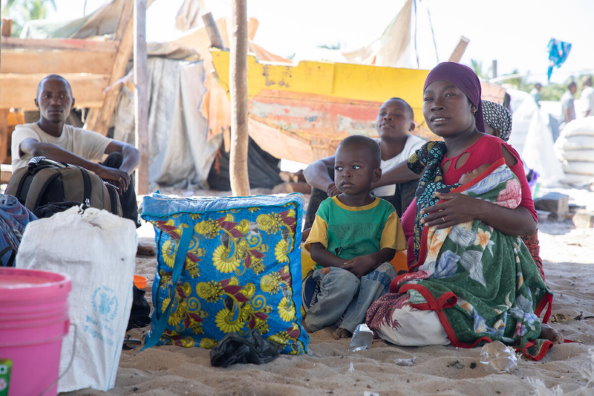 Mozambique’s northernmost province of Cabo Delgado has been plagued by the rise of violent extremism since 2017. Over 2,000 people have reportedly been killed by Ahlu Sunnah wa Jama’a (ASWJ)

WFP is addressing the needs of 800,000 internally displaced people and the most vulnerable people within the host communities in northern Mozambique.

The WFP Deputy Country Director, Pierre Lucas, thanked the government of Japan for the donation.

‘The needs are increasing with at least 800,000 people displaced and thousands affected in host communities in Northern Mozambique’, said Lucas in a statement.

‘Once again, the government of Japan stood up to support the Mozambican people. WFP welcomes the Japanese donation and the continuous contributions of Japan to support WFP’s lifesaving assistance for families affected by the conflict. We hope other partners to follow the Japanese example’.

In July, WFP appealed for US$121 million to support 750,000 people in the northern districts of Cabo Delgado.

WFP reported that nearly 228,000 people were struggling to feed, with 75,000 children under the age of five suffering from acute malnutrition in the region.

The Japanese Ambassador, Kimura Hajime, said the government of Japan was extremely concerned about the humanitarian situation in northern Mozambique.

‘We all need to support to alleviate the ongoing humanitarian crisis. Japan has decided to cooperate with WFP to improve food security of displaced populations in Cabo Delgado’, Hajime said.

Japan has donated US$ 5.29 million to provide food assistance and livelihood support to refugees in Maratane Refugee Camp (Nampula Province) and to internally displaced people in Cabo Delgado.