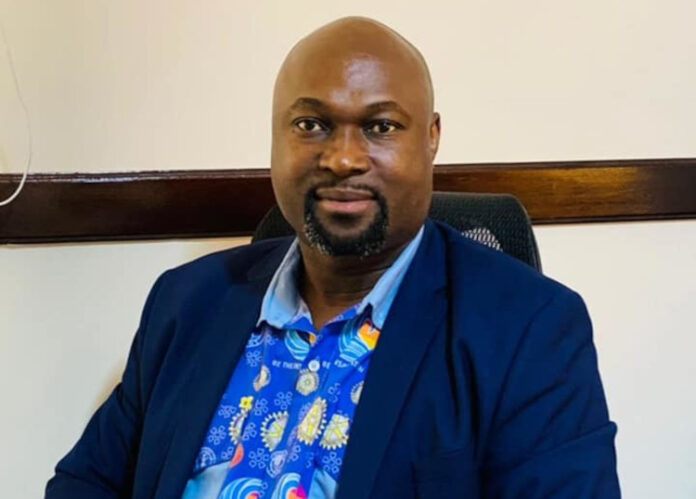 Newly appointed Country Director for Plan International Liberia, Ufuoma Festus Omo-Obi, has reiterated that he is open to ideas that will ensure the advancement of children’s rights and equality in the country.

Omo-Obi, who teamed up with Plan International Liberia in July, 2021, took over from Evelyn Moorehead, who has joined the Global Hub.

The new country director is expected to lead, guide and support the entire team in Liberia as the key representative for Plan International in the West African country.

‘I will allow you to determine what are some of the things you think I should prioritise, that are very important for you as your new country director’, he said.

‘I want to say this ahead of time, my job as the country director is to enable you to flourish. To create that space for you to achieve your personal aspirations, your dream and to grow. That [is] why I am here’.

Before joining Plan International, he served as country director for Marie Stopes in Sierra Leone and Liberia.

Under his leadership at Marie Stopes, the organisation launched the ‘Back to School Promotion’ in Sierra Leone which sought to limit the rate of pregnancy among adolescent girls through the provision of free educational services.

The promotion provided women and young girls with access to free, quality, personalised, and confidential service of choice which targeted over 20,000 people.

In 2016, Omo-Obi received the Bill and Melinda Gates-funded 120Under40 Global Leadership Award for leading the evolution of a supportive supervisory model aimed at scaling up long-acting reversible contraceptive (LARC) delivery which has been adopted and used by the United Nations Population Fund (UNFPA).

Omo-Obi is a member of the Institute of Directors, United Kingdom, and an alumnus and fellow at John D. and Catherine T. MacArthur Foundation’s Emerging Leaders Development Programme.