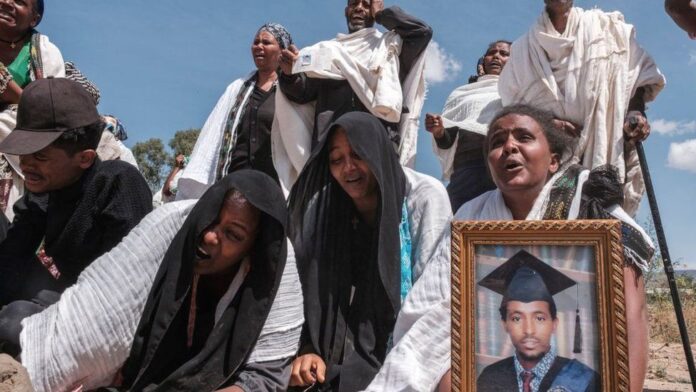 Over 400,000 people are living in famine-like situations in many parts of Tigray, Ethiopia, the United Nations (UN) Office for the Coordination of Humanitarian Affairs (OCHA) said in a new report.

The UN agency noted in the Ethiopia – Tigray Region Humanitarian Update that the crisis situation in Tigray has spilt over to neighbouring Afar and Amhara regions, increasing humanitarian needs in both regions.

Development Diaries reports that more than 1.7 million people have been displaced by fighting between Ethiopian troops and the Tigray Defence Force.

‘Delivery of supplies into Tigray are far below the requirement to sustain assistance to 5.2 million people’, OCHA noted, highlighting further challenges facing the humanitarian situation.

‘Operations continue to be affected by lack of banking services, cash, fuel, electricity and telecommunications, with some improvements in delivery of cash by humanitarian partners’.

OCHA’s situation report noted that the closure of the MSF-Holland clinic in the Sheraro health centre affected access to health.

Nutrition partners also reached more than 54,000 children with supplementary food between 29 July and a04 August, 2021.

It is understood that $284 million is needed to supplement the $854 million required for the NERP.

‘Several partners are currently operating in debt and if cash flow is not resolved, they may soon be forced to halt operations’, the UN agency noted.