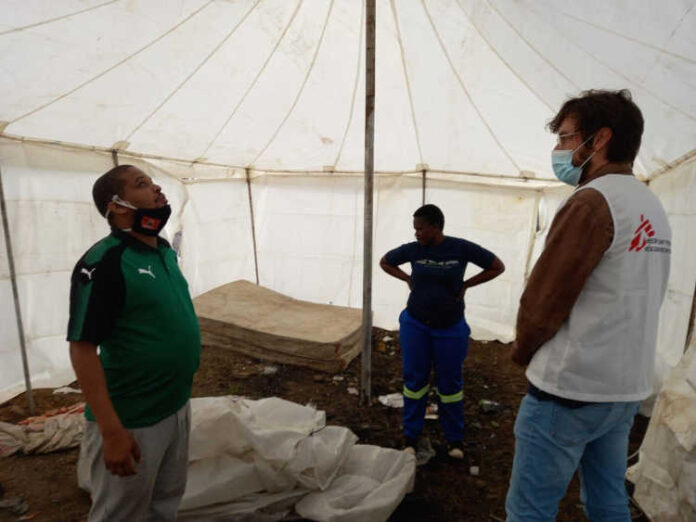 Doctors Without Borders (MSF) says it has provided nurses with trauma experience to the emergency rooms of a clinic in Alexandra and a hospital in Vosloorus, Johannesburg, following unrest in the KwaZulu-Natal and Gauteng provinces in South Africa.

More than 270 people were reported killed in riots and looting that also disrupted access to crucial health care services, food, fuel and other essentials.

Development Diaries gathered that trucks, stores and shopping malls were burnt and looted, as well as 90 pharmacies and some medical centres.

The riots were initially triggered by the imprisonment of former President Jacob Zuma on 07 July, 2021, for contempt of court after he failed to attend an inquiry into corruption during his presidency.

President Cyril Ramaphosa, in a nationwide address on 12 July, acknowledged that notwithstanding the initial trigger and the widespread looting were also driven by hardship and poverty.

According to MSF, during the violence, some hospitals and health centres were forced to close while others became unreachable for staff and patients.

The humanitarian organisation said that it provided oxygen concentrators on loan to a local hospital in KwaZulu-Natal province.

‘We launched an emergency response to provide emergency support to communities and health facilities affected by the violence’, MSF quoted its Head of Southern Africa Support Team, Philip Aruna, as saying in a statement.

‘Our goal was to enable these overstretched facilities to better cope with the increased volume of trauma cases while some nursing staff where unable to reach the facilities.

‘We expect that as health facilities reopen and a sense of stability returns, an additional wave of patients will go to health centres for treatment they delayed during the unrest as well as to refill prescriptions for chronic conditions, such as HIV, TB, hypertension and diabetes’.

MSF also noted that its teams have also been providing support directly to the Briardene informal settlement in Durban since 18 July.

‘Around 250 families lost their homes and belongings in fires that gutted the corrugated iron informal settlement during the week of the unrest’, MSF Emergency Team Nurse, Adeline Oliver, said.

‘Mothers and young children were forced to sleep in the open, and the community had difficulty accessing food.

‘Many people were unable to reach medical care due to insecurity, or due to the fact that some clinics had closed’.

It was gathered that MSF’s team set up a tent to provide emergency shelter in the informal settlement and distributed 600 blankets, 250 hygiene kits, and other essentials, with a medical team offering consultations and basic care.