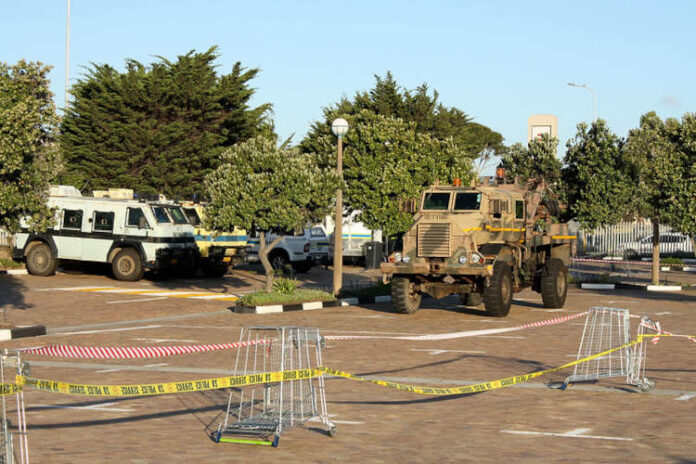 Human Rights Watch (HRW) has called on the South African government to ensure that security forces respect human rights in their response to riots and looting.

Development Diaries reports that riots in South Africa, which are concentrated in the Gauteng and KwaZulu-Natal provinces, have claimed at least 45 lives.

The riots were initially triggered by the imprisonment on 07 July, 2021, of former President Jacob Zuma for contempt of court after he failed to attend an inquiry into corruption during his presidency.

President Cyril Ramaphosa, in a nationwide address on 12 July, acknowledged that notwithstanding the initial trigger, the widespread looting is also driven by hardship and poverty.

Ramaphosa said that he had authorised the deployment of defence force personnel in support of the operations of the South African Police Service.

He added that the government will take action to protect every person in the country against the threat of violence, intimidation, theft, and looting.

According to him, 166 suspects have been arrested in KwaZulu-Natal province and another 323 have been detained in Gauteng province in relation to the riots and looting.

‘The South African government should publicly affirm that the deployed security forces are required to abide by the United Nations Basic Principles on the Use of Force and Firearms by Law Enforcement Officials’, HRW said in a statement.

The principles stipulate that law enforcement officials shall, as far as possible, apply nonviolent means before resorting to the use of force and firearms.

‘They may use force and firearms ‘only if other means remain ineffective or without any promise of achieving the intended result’, the statement added.

The human rights defenders also urged Ramaphosa and his government to adopt robust and meaningful measures to improve enjoyment of critical social and economic rights, which are being undermined by widespread unemployment, inequality, poverty, and corruption.

‘These issues are among the root causes of the frequent violent protests experienced in South Africa, including looting and violence targeting foreign nationals’, it said.