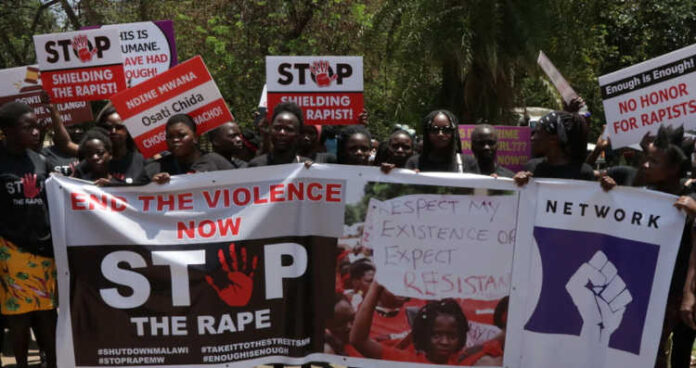 The Malawi Human Rights Commission (MHRC) has described the conviction of police officer Andrew Chagaga as a ‘big win for the girl child and for Malawi’.

The police officer, who raped the girl in December 2020, was convicted by the Limbe First Grade Magistrate’s Court.

According to local media, Magistrate Soka Banda is expected to deliver a final judgment on this matter on 11 August, 2021.

In its immediate reaction to this development, the MHRC said it was a victory for the girl child and for the country, seeking maximum sentence for Chagaga.

‘Policeman found guilty of raping a minor in a case where Malawi Human Rights commissioner and lawyer Chikondi Chijozi represented a 17-year-old victim who under “normal” circumstances may have had challenges getting legal representation’, it said in a Facebook post.

It was gathered that the policeman, Chagaga, on 12 December, 2020, arrested the girl for idle and disorderly offence under section 180(d) of the Penal Code when she was on her way to a night of praise.

The girl was with two of her friends – a boy and a girl – at the time of the arrest.

Police officers were reported to have told the three that they would be released if they paid money and one of the girls managed to pay. The other two were taken into police custody.

It was gathered that whilst in police custody, Chagaga took the girl away from everyone else in the police building and raped her twice.

He later released her and her friend in the night. The girl reported the incident the following day and Chagaga was arrested for rape.

Trial started on 17 February, 2021, and the state paraded seven witnesses while Chagaga paraded one witness.

According to the United Nations, about 38 percent of Malawian women between the ages of 15 and 49 have experienced sexual violence at least once in their lives.