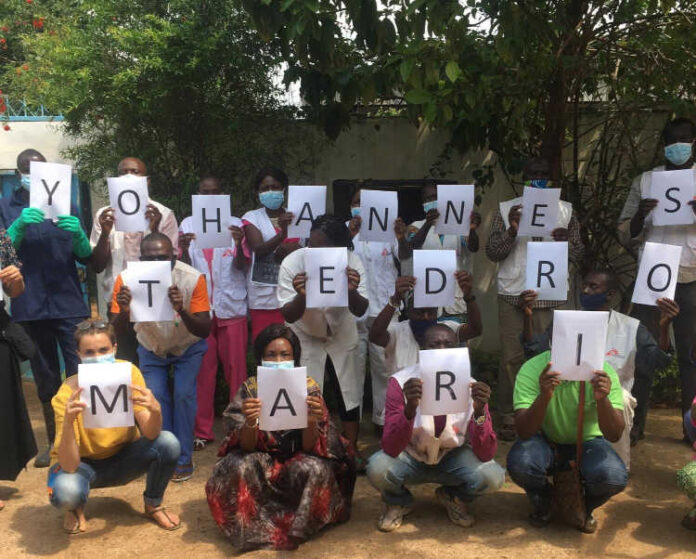 Médecins Sans Frontières (MSF) has called for an immediate investigation into the killing of three of its staff members in Tigray, Ethiopia.

Development Diaries reports that the humanitarian organisation, also known as Doctors Without Borders, said it suspended its humanitarian operations in Abi-Adi, Axum, and Adigrat towns following the killing of the aid workers in late June 2021.

Hernandez (emergency coordinator) was a Spanish national while Halefom (assistant coordinator) and Gebremichael (driver) were Ethiopians.

It is understood that all three staff were wearing clothing that identified them as MSF and were travelling in a clearly marked MSF vehicle.

According to the organisation, the three staff had been working in the area since February 2021 and were engaged exclusively in medical and humanitarian activities.

While MSF noted that it will continue to provide emergency assistance to people in need in other parts of Tigray, it demanded an investigation into the deaths.

‘It has been almost two weeks since the murder of our colleagues. No one has claimed responsibility and the circumstances around their deaths remain unclear’, MSF Operations Director Teresa Sancristoval said.

‘This is why we are requesting an immediate investigation by relevant parties to establish the facts of the incident that resulted in their deaths and to provide us with a detailed account of what happened and who was responsible.

‘At this terrible time, we have made the extremely painful but necessary decision to suspend our activities in several areas of Tigray’.

She added that if MSF and other aid organisations are to continue working in Tigray and in other parts of the country, all parties to the conflict must provide assurances that this work can be carried out safely.

Some 1.7 million people have been displaced by fighting between Ethiopian troops and the Tigray Defence Force, with 60,000 refugees crossing the border into neighbouring Sudan.

Also, more than 1,200 incidents of serious sexual and gender-based violence have been reported.