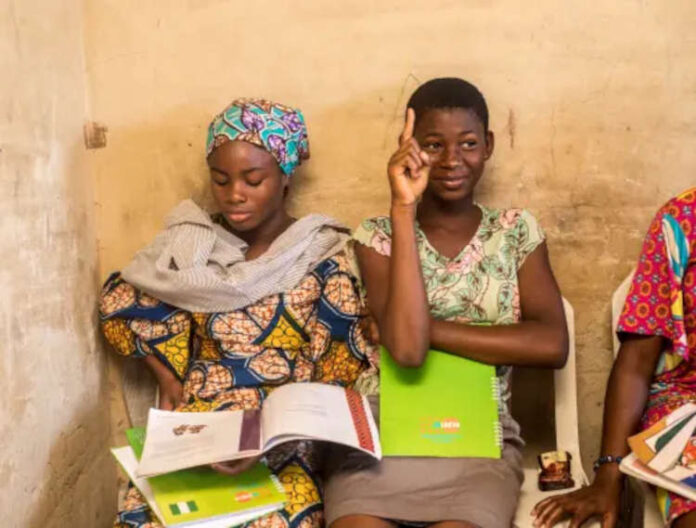 The African Centre for Leadership, Strategy, and Development (CentreLSD) and Malala Fund have reiterated the need for the amendment of the Universal Basic Education (UBE) Act in Nigeria.

The development partners made the call while announcing plans to visit critical education and political stakeholders as well as hold media engagement this week in Adamawa State, northeast Nigeria.

CentreLSD, with support from Malala Fund, is implementing a Community-Led Collective Action for Girls Education (C-CAGE) project in the state.

Development Diaries had reported that CentreLSD and Malala Fund teamed up to address the root causes of barriers to girl-child education in Adamawa.

The population of out-of-school children in Nigeria is over ten million, according to a survey conducted by the United Nations Children’s Emergency Fund (UNICEF).

Statistics from the UN agency also show that 69 percent of these children are in Nigeria’s northern region, and 60 percent of them are girls.

Through the ongoing C-CAGE project, over 900 girls have been enrolled in schools while 16 safe spaces for girls to learn basic numeracy and vocational skills have been established.

A combined total of 63,161 girls in the aforementioned LGAs were out of school at the time the project commenced in 2019, according to CentreLSD.

Meanwhile, the UBE Act amendment bill seeks to extend free and compulsory education from nine to 12 years in Africa’s most populous nation.

It also seeks to ensure an increase in basic education financing and promote gender-responsive learning.

Malala Fund Education Champion, Frances Okeke, in a statement to Development Diaries, stated that the aim of the advocacy visit is to urge the stakeholders to use their influence to support and improve girl-child education in the state.

‘The advocacy visit will also provide a platform for the centre to update the stakeholders about achievements and developments of the project in Adamawa State’, the statement read.

In March this year, Chairman of Nigeria’s House of Representatives Committee on Women in Parliament, Honourable Taiwo Oluga, said that lawmakers were committed to amending the UBE Act.

Oluga declared the committee’s commitment towards ensuring free, safe and quality girls’ education up to the secondary school level during an event to commemorate the 2021 International Women’s Day (IWD) in Abuja, the nation’s capital.

Malala Fund and its education champions in Nigeria, Policy and Legal Advocacy Centre (PLAC), and the #AmendUBEAct coalition organised the event.

The #AmendUBEAct coalition is a group of development partners, international and local organisations supporting the process to strengthen the legal framework for free, safe and quality basic education in Nigeria.

Oluga, who highlighted the need for gender-responsive education policies in Nigeria, said women make up about 100 million of the country’s over 200 million population and hence the need to educate and empower women towards contributing to the nation’s development.

The federal lawmaker assured the development partners that the House of Representatives was committed to completing the ongoing amendment process of the UBE Act.

Also speaking at the gathering was the Chairman of the House Committee on Basic Education, Professor Julius Ihonvbere, who lamented the state of basic education in the country.

‘Nigeria is being ranked to have the highest out-of-school children in the world. It is completely shameful to be talking about the status of basic education across Nigeria in 2021’, Ihonvbere lamented.

‘When we talk about out-of-school children, we always put the numbers between ten and  13 million.

‘I believe it should be up to 20 million if all unique scenarios across the states are well-considered’.

Furthermore, the political science professor raised concerns about the menace of abduction in the country.

‘More than the pandemic, we should begin to address the dynamics of insecurity on girl-child education’, he added.

In February, gunmen killed a school pupil and abducted 27 other children in a night-time raid on their boarding school in Kagara, Niger State, north-central Nigeria. Three members of staff and 12 of their relatives were also abducted.

A similar incident occurred in the northwest state of Zamfara, as 279 schoolgirls were kidnapped from Government Girls Secondary School, Jangebe.

All the abductees were later released.

‘The Safe School Declaration includes commitments for perimeter fencing of schools with a single entrance and exit for adequate monitoring’, Ihonvbere said.

‘What happened in Kagara was a shame resulting from years of total failure! There is a need to declare a state of emergency in the education sector in Nigeria’.

Malala Fund’s recent research shows that 20 million additional secondary school-aged girls around the world may be out of school once the crisis has passed due to increased rates of poverty, household responsibilities and child labour.