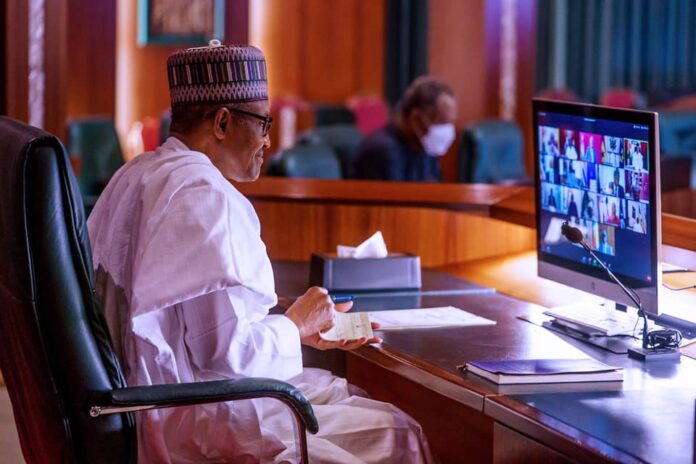 CDD said in a report, titled, Buhari’s Anti-Corruption Record at Six Years: An Assessment, that the Nigerian leader has not done enough to combat the endemic corruption in the public service.

The think tank noted that the president’s failure in the area of tackling corruption has worsened the country’s insecurity.

Since the former military ruler assumed office as president in May 2015, insecurity has intensified and spread, affecting virtually all parts of Africa’s most populous nation.

In the country’s northern region, some communities are at the mercy of armed groups and terrorists alike, with many of them targeting students.

The southern part of the 61-year-old nation is insecure, too. In this area, violence involving herdsmen and farmers has intensified, as well as attacks on the Independent National Electoral Commission (INEC) and security facilities.

‘As the candidate who rode into office in 2015 on a wave of popular anger with entrenched elite corruption, he has made little effort to reform Nigeria’s patronage-fueled, scandal-prone public sector or hold his top officials accountable for their business-as-usual approach’, CDD said in the report.

The civil society organisation (CSO) noted ‘several significant shortcomings’, including Buhari’s ‘willingness to appoint individuals of questionable integrity to key positions; his tendency to shield political allies from investigation and prosecution; his disinterest in how the ruling party funds its election campaigns; his failure to make key petroleum sector reforms; and his corruption-prone economic and fiscal policies’.

It further said, ‘With the 2023 election season already ramping up, and Buhari’s hands-off governing style largely unchanged, his government’s anti-corruption track record is set to go down in history as one characterised by missed opportunities and, in some respects, outright hypocrisy. His 2016 promise to “demonstrate zero tolerance for corrupt practices” remains largely unmet’.

But the CSO commended the Buhari administration for the improved financial centralisation, and higher conviction rates by anti-corruption agencies.

It also commended the Buhari administration for appointing ‘a dynamic and experienced investigator’, Abdulrasheed Bawa, as Chairman of the Economic and Financial Crimes Commission (EFCC).

It however noted that under Buhari the civic space has continued to shrink, with the organisation mentioning violent crackdown on protests and moves to ‘impose tighter regulations on legitimate civil society groups while at the same time bankrolling hundreds of fake’ NGOs.

’90 percent of Nigeria’s 360-plus pro-government NGOs have started operating since President Buhari took office, a correlation that suggests many enjoy high-level political support’, the CSO claimed in the report.

At the time of publishing neither the president nor his media handlers had officially commented on this report. But the Nigerian leader had said in a TV interview that he would ‘ease out’ any official found to be corrupt with ‘correct intelligence’.

With regard to recommendation, the think tank urged ‘integrity-conscious National Assembly members’ to introduce legislation outlawing security votes at the federal, state and local levels.

It said such a ban should be accompanied by transparent and comprehensive budgeting procedures and criteria for security expenditures that meet international best practices and incorporate robust oversight mechanisms.