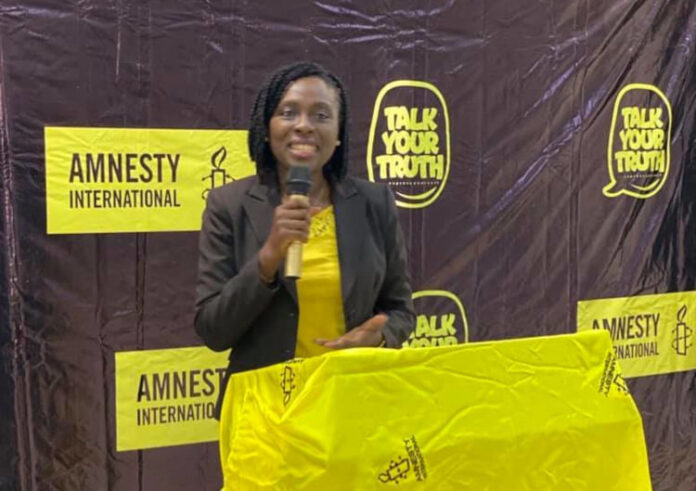 Amnesty International (AI) Nigeria has launched #TalkYourTruth – a campaign to protect freedom of expression in the country.

Nigeria is one of West Africa’s most dangerous and difficult countries for journalists, according to the 2021 World Press Freedom Index report by Reporters Without Borders (RSF).

Africa’s most populous nation is ranked 120th out of 180 countries in RSF’s latest press freedom index. Nigeria ranked 115th in 2020.

Since 2019, according to the RSF report, three Nigerian journalists have been killed with complete impunity while covering street demonstrations.

In January 2021, Development Diaries reported concerns over the safety of investigative journalist and editor of Next Edition, Ibanga Isine.

The International Press Centre (IPC) raised the concerns after Isine, who had covered conflicts in southern Kaduna, northwest Nigeria, said he received threat messages over his reporting.

Gunmen, according to numerous media reports, killed over 200 people between January and June 2020 in communities in Kaura, Zangon Kataf, Kauru and Kajuru local government areas.

According to Isine, many of the sources linked to his investigations have reportedly died in controversial circumstances.

AI, in a report, noted that 21-year-old Yahaya Shariff Aminu remains in detention following an initial death sentence imposed on him for sharing an audio considered ‘blasphemous’ via WhatsApp.

It also noted that Salihu Tanko Yakassai, popularly known as Dawisu, was unlawfully detained by security operatives for a tweet lamenting increasing insecurity.

In March this year, precisely 19 March, the Governor of Kano State, Abdullahi Ganduje, said in an interview with the BBC’s Hausa-language service that he planned to ‘deal with’ journalists who produced a 2018 series of videos published by Daily Nigerian, which alleged that he had received bribes.

‘We are making plans. We will not disclose what sort of plans we are making’, the governor said, adding that the videos were fake. ‘The main issue is that we will deal with those who made it’.

Following Ganduje’s comments, the Daily Nigerian Publisher, Jaafar Jaafar, filed a petition to the Nigeria Police Force, alleging that Ganduje had indicated that he and his supporters were scheming underground to deal with him.

‘The #TalkYourTruth campaign is aimed at protecting the right to freedom of expression and documenting cases of intimidation, arrest or threats to those who express opinions government, people or group of people may find offensive’, AI Director, Osai Ojigho, said.

The human rights organisation called on the authorities in Nigeria to show tangible commitment to freedom and also to immediately and unconditionally drop frivolous charges against those persecuted solely for exercising their rights to freedom of expression.

#TalkYourTruth is the second phase of AI’s freedom of expression campaign.