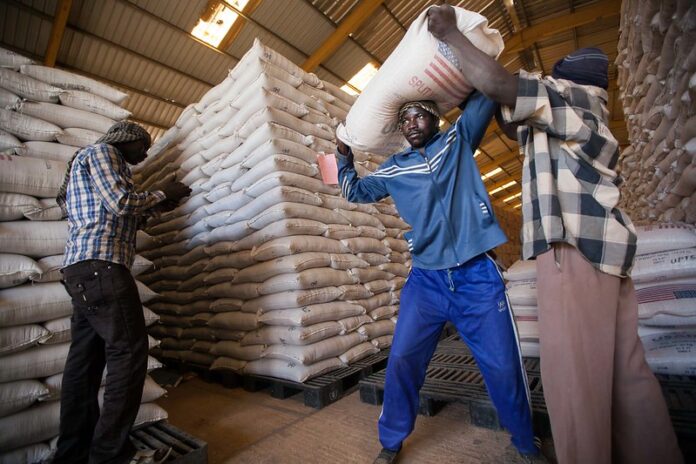 Terrorism in Cabo Delgado and natural disasters in Sofala and Manica have greatly resulted in the food crisis rocking the nation.

It is understood that the U.S. Ambassador, Dennis Hearne, met with WFP Executive Director, David Beasley, on 15 June, 2021, to discuss the US-WFP partnership in addressing the needs of nearly 800,000 people.

‘The humanitarian situation in northern Mozambique is concerning’, Hearne said in a statement from the embassy.

‘The U.S. government remains committed to supporting the government of Mozambique and the Mozambican people to respond to this complex crisis.

‘This includes assisting the many Mozambican families and communities that have been hosting their neighbours, displaced from their homes due to violence in Cabo Delgado’.

WFP said it will use most of the 30 million dollars in new funding to provide emergency food assistance to 116,500 of the Mozambicans displaced by the violence in Cabo Delgado, offer nutritional support to displaced children, and provide 7,600 refugees with food donations and food vouchers.

The funding, according to the UN agency, will also cover critical logistics, coordination, and information management support for the UN Humanitarian Air Service (UNHAS) and provide emergency food assistance to more than 30,000 Mozambicans affected by natural disasters in Manica and Sofala.

‘We are incredibly grateful for this generous contribution and the support of the United States here in Mozambique’, the statement quoted Beasley as saying.

‘Through WFP’s life-saving assistance for families affected by conflict, we are planting the seeds of peace.

‘But this is not enough. ‘We must work harder together to ensure the longer-term recovery and well-being of the people, helping them to move forward and giving them hope for a better future’.

Violence in Cabo Delgado has severely impacted health, water, and shelter facilities and access to food in the region.

This harrowing humanitarian crisis is compounded by an already fragile situation of chronic underdevelopment, consecutive climatic disasters, and recurrent disease outbreaks including Covid-19.

The insurgency that started in October 2017 has continued to increase in intensity as it has forced almost a fifth of the province’s people to leave their homes.