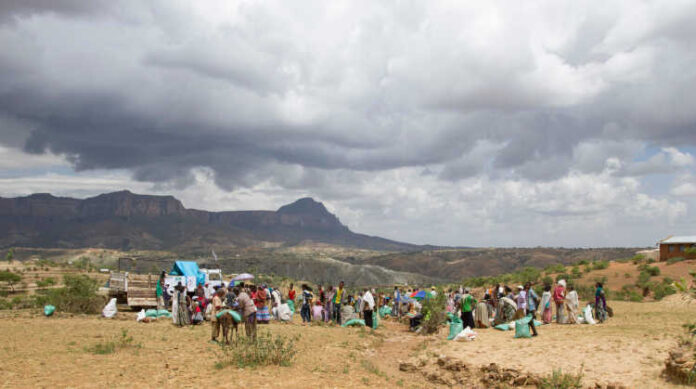 According to the UN sexual and reproductive health agency, the situation of women and adolescent girls in Tigray and border areas of Amhara and Afar remains dire.

More than one million people have been forced to flee their homes, with many now sleeping outside or in crowded shelters, due to the conflict.

It is understood that among the estimated one million displaced by the violence are children who have suffered terribly.

The conflict involving federal and local forces in Tigray has left hundreds dead and millions in urgent need of humanitarian assistance.

In a related development, the Office of the High Commissioner for refugee agency (UNHCR) condemned the reported abduction of ‘at least several hundred’ youths from camps for displaced people in Tigray last week.

This echoed prior comments by the UN Humanitarian Coordinator in Ethiopia, Catherine Sozi, who condemned the reported arbitrary arrests, beatings and ill-treatment by soldiers of more than 200 people during night-time military raids on internal displacement camps in the region.

Sozi said that the affected sites of Tsehaye and Adi Wonfito in Shire town were home to 12,000 internally displaced persons in total.

‘The situation is traumatic and distressing, not only for the relatives of the missing, but for all the displaced communities residing in Shire’, UNHCR Spokesperson, Babar Baloch, told journalists in Geneva.

‘It is crucial that all parties to the conflict recognise the civilian and humanitarian character of these sites hosting displaced people’.

According to the government of Ethiopia, the region had been secured by the end of November, however TPLF resistance has continued, amid accusations of extrajudicial killings and rights abuses on all sides.

More than 1.5 million people have been reached with emergency food distribution, with 26,000 Eritrean refugees residing in two camps also receiving food and nutrition assistance, according to World Food Programme (WFP).