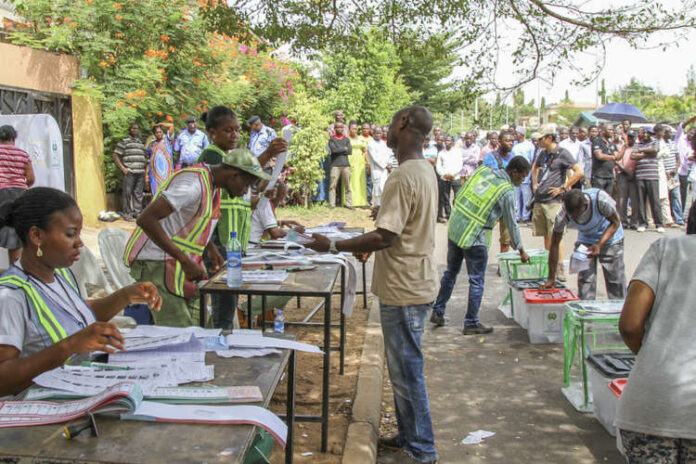 In a policy brief, Expanding Voter Access to Polling Units in Nigeria: Matters Arising, Yiaga Africa noted that INEC’s expansion plan raises questions which the commission has not sufficiently addressed.

According to political observers and analysts, INEC’s plan to expand voter access to polling units may resolve an age-long crisis of insufficient polling units and poor polling units’ management.

Elections in Africa’s most populous nation are currently conducted in 119,973 polling units across the 774 local government areas in 36 states and the Federal Capital Territory (FCT), Abuja.

The polling units were created in 1996, to serve approximately 50 million voters at the time.

Now, in 2021, the same number of polling units serve approximately 84,004,084 voters, with an INEC commissioner noting that many eligible voters refuse to vote on election day because of the distance of polling units to their residences.

‘Election starts from polling unit. If there is no polling unit, there would be no election and collation. That is how important polling unit is’, he added.

However, previous attempts by INEC to expand polling units were unsuccessful.

The commission had made attempts to establish additional polling units to accommodate the growing voting population of Nigeria in 2014.

This attempt did not achieve the desired results chiefly due to the poor reception by political actors. INEC had to suspend the process and instead created voting points and voting points settlements to aid voting on election day.

‘However, the creation of voting points and voting points settlements does not address this issue; many voters are still disenfranchised from voting because of this challenge’, the organisation said in the report.

‘This is because some voting points are in the same vicinity as the polling units, which creates some level of disorganisation in the voting area.

‘Yiaga Africa’s election observation reports from 2018 to 2020 have consistently indicated how congestion and the lack of space in polling units limit participation and increase the chances of electoral malpractices’.

INEC, in its Discussion Paper on the State of Voter Access to Polling Units in Nigeria, noted justifications for their preferred approach of ‘converting existing voting points and voting points settlements to polling units’.

But, according to Yiaga Africa, the practicality in implementing this approach raises further questions not sufficiently discussed by INEC.

‘Within the conversation for expansion of polling units is also the issue of the national census and how the absence of accurate and updated data on the voter population impacts the credibility of the voter’s register and the polling unit’s expansion’, it stated.

The CSO therefore advised the commission to ensure that the process of expanding voter access to polling units is informed and driven by data to ensure that decisions adopted truly addresses the challenges identified.

‘INEC, amongst others, will need to revisit and review its voter’s register database, refer to previous reports on the process, engage communities and stakeholders to assess needs and understand peculiarities of a region and review election data from earlier elections in its decision’, it added.

Yiaga Africa, in addition, urged the federal government to commence the process for a national census as the last national population census was conducted in 2006.

The organisation also advised INEC to consider the balanced and fair distribution of the
proposed additional polling units with clarity on the principles and criteria applied, and develop a comprehensive framework to institutionalise future expansion of voter access to polling units.