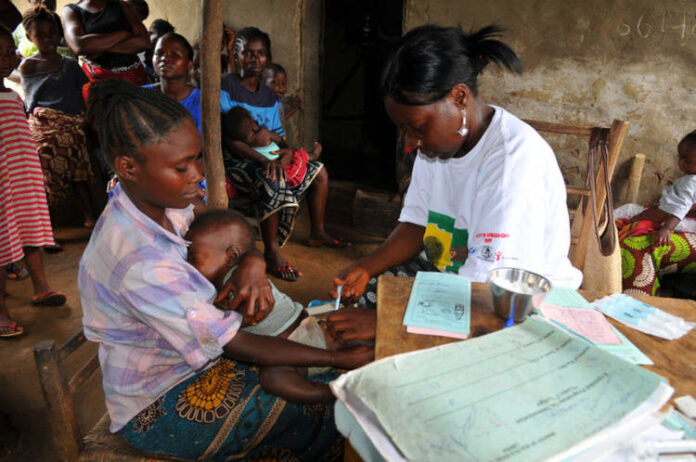 National Coordinator of the non-governmental organisation (NGO), Dr Obinna Ebirim, who disclosed this during a courtesy visit to Governor Aminu Bello Masari, said that the NGO’s efforts have led to a significant increase in the number of children that receive vaccinations against deadly diseases.

According to the World Health Organisation (WHO), about three million children under five years of age die each year in Africa. A significant number of these deaths could be prevented by vaccines.

With vaccine-preventable diseases accounting for approximately 22 percent of child deaths in Nigeria, according to WHO, the national immunisation schedule was developed to address the prevalence of deadly diseases such as tuberculosis, hepatitis B, measles, and meningitis among children.

Ebirim said that over 110,000 infants have benefited from the NGO’s ‘All Babies Are Equal Initiative’ cash transfer programme as support for receiving routine vaccination.

‘The New Incentives – All Babies Are Equal Initiative has been operating the conditional cash transfers for routine immunisation programme in Katsina State since 2017′, he said.

‘Since its inception, the programme has enrolled over 110,000 infants whose caregivers have received more than N320 million indirectly verified cash disbursements in Katsina State alone.

‘This is in addition to New Incentives’ indirect investments in the Katsina State’s economy, such as the over N160 million spent in 2020 alone on disbursements, salaries, engagement of community helpers, support to government health agencies, and purchase from local markets in Katsina State.

‘New Incentives conditional cash transfer programme has led to a significant increase in the likelihood that a child in areas where the programme operates will receive vaccinations against deadly diseases, or even be fully immunised according to the national immunisation schedule.

‘This is an incredibly important feat as northwestern Nigeria has one of the lowest childhood immunisation rates in Nigeria’.

For his part, Governor Masari commended the NGO for its initiative and expressed the readiness of the government to support the programme.

‘Routine immunisation is very important and critical in the life of a baby while growing up’, he said.

‘Monetary incentive is very good and the N500 disbursed during every immunisation session is very important for women in rural communities.

‘Katsina State and the state Ministry of Health will continue to support you to do more’.

Photo source: Save the Children