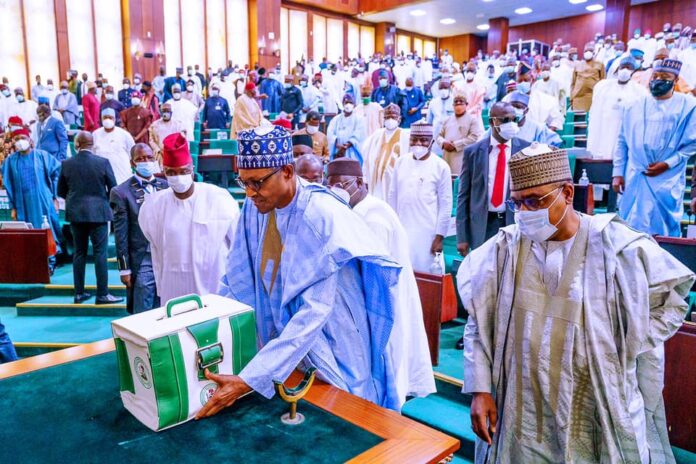 The civic-tech, non-profit organisation noted that out of the 316 duplicated projects, 115 of them are in the country’s Ministry of Health.

According to BudgIT, considering the health infrastructure deficit and the raging Covid-19 pandemic affecting the country, the revelation was very disturbing.

BudgIT noted that non-security agencies also receive ‘security votes’, with a total of 117 federal agencies receiving ‘security votes’ worth N24.3 billion, describing the spending as ‘an opaque feature of the Nigerian security ecosystem devoid of accountability’.

It was also revealed that Africa’s most populous nation currently has a N3.31 trillion debt servicing burden, which represents 41.63 percent of the 2021 budget, but has loopholes for more corruption in the budget process.

‘The National Agriculture Seed Council has an allocation for N400 million to construct solar street lights across all six geopolitical zones, while the Federal College of Forestry in Ibadan in Oyo State got N50 million for the construction of street lights in Edo State’, the report noted.

‘Virement provided in the Fiscal Responsibility Act 2007, or the Opportunity for Corrigenda recently provided in Section 16 of the 2021 Appropriation Act Implementation Guidelines published by the Federal Ministry of Finance, Budget, and Planning in March 2021 are handy starting tools the government can immediately use in plugging loopholes’, the report noted.

Okeowo said that the federal government can maximise the little public funds left by blocking the leakages BudgIT has identified.