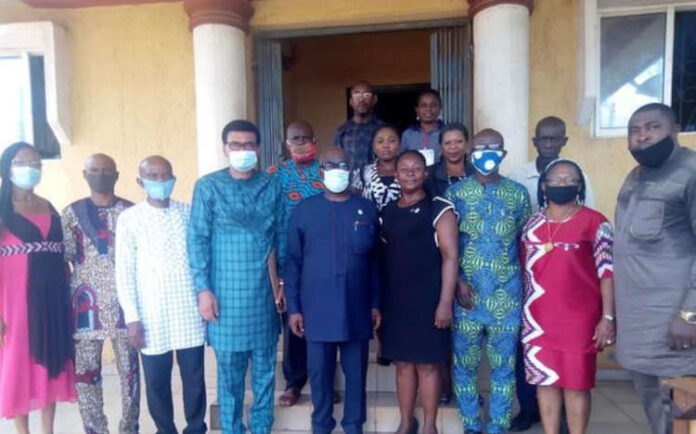 Anambra Civil Society Network (ACSONET) has called for wider consultations, inclusiveness and participation of citizens in the ongoing expansion of polling units across Nigeria.

Chairman of ACSONET, Chris Azor, made the call during a stakeholder forum on the expansion of polling units in Awka, the state capital.

Azor advised the electoral umpire to ensure that every citizen is fully carried along in the expansion process.

During the forum, INEC said it had put measures in place to ensure greater access to the electoral process in the country.

The commission, according to its Resident Electoral Commissioner (REC) in Anambra State, Nkwachukwu Orji, has proposed the creation of 1,112 additional polling units in, ahead of the 06 November governorship election.

He also said that the project was aimed at bringing the polling units closer to the people, to ensure greater participation of the the electorate in the electoral process.

Elections in Africa’s most populous nation are currently conducted in 119,973 polling units across the 774 local government areas in 36 states and the Federal Capital Territory (FCT), Abuja.

The polling units were created in 1996, to serve approximately 50 million voters at the time.

Now, in 2021, the same number of polling units serve approximately 84,004,084 voters, with an INEC commissioner, Malam Garba Attahiru-Madami, noting that many eligible voters refuse to vote on election day because of the distance of polling units to their residences.

‘The last exercise during which polling units were created in the country was carried out in 1996, when the electoral body was known as NECON’, he said.

Also contributing, the Chairman of Joint National Association of Persons With Disabilities in Anambra State, Ugochukwu Okeke, urged INEC to create easy access to help its members to vote during elections.