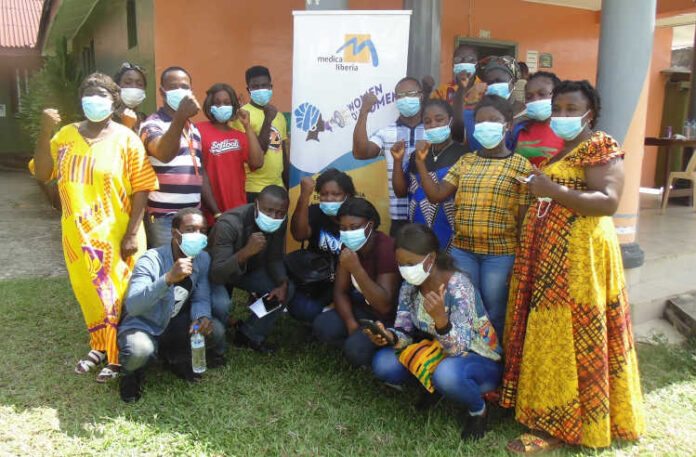 The non-governmental women rights organisation said that the funds were provided to support the projects of local CSOs fighting Sexual Gender-Based Violence (SGBV), and harmful practices., as well as those promoting Sexual Reproductive Health and Rights (SRHR) in the country.

But the organisation, which announced the funding support in a Facebook post, did not not disclose the amount.

This project is part of the European Union Liberia-funded #globalspotlight Initiative.

According to medica Liberia, it identified gaps during a capacity assessment of CSOs in the five counties and hence the funding support.

The organisation said training in SGBV, harmful practices and SRHR was conducted for selected CSOs and stakeholders within their respective counties.

Speaking at the close of a four-day workshop, medica Liberia Advocacy Officer, Yah Parwon, said that the organisation would continue to work closely with the selected CSOs to monitor their activities.

‘These CSOs are working in their respective counties, doing great work to promote human rights and end violence against women; we are proud to support their work’, Parwon said.

For their part, the participants thanked medica-Liberia for the opportunity given them.

According to them, the grant will impact the fight against SGBV and promot SRHR within the West African country.

Medica Liberia, which has been offering support to women and girls who have been affected by SGBV since 2006, recently extended its coverage to Montserrado and Margibi counties.

Between January and July 2020, more than 150 SGBV cases, which doubles the number for the same period in 2019, were forwarded to Criminal Court E, according to the Director of the SGBV crimes unit, Isaac George.

The country launched an anti-abuse roadmap in September 2020, as President George Weah acknowledged the increase in rape.

However, human rights activists want the government to do more.