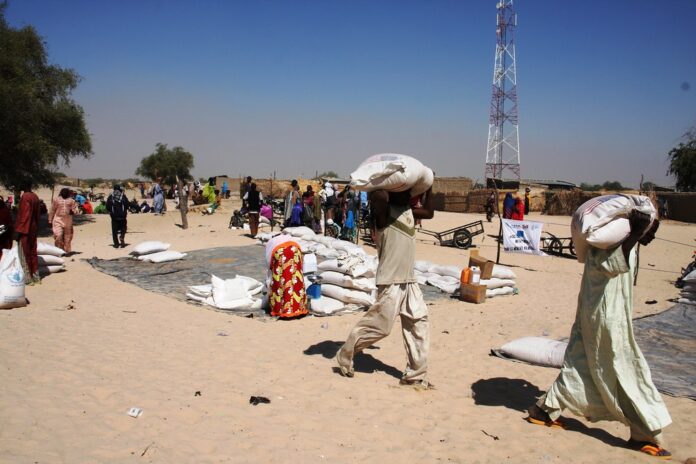 United Nations High Commissioner for Refugees (UNHCR) has launched the ‘Every Second Counts’ fundraising campaign as the Islamic world prepares to begin the holy month of Ramadan.

The UN agency launched the campaign while calling for greater support for millions of refugees and internally displaced persons in low-income countries hit hardest by the Covid-19 pandemic.

Low-income countries or economies are defined as those with a gross national income (GNI) per capita, calculated using the World Bank Atlas method, of $1,035 or less.

Africa carries 25 percent of the world’s disease burden but its share of global health expenditures is less than one percent, according to the World Health Organisation (WHO).

UNHCR, in a statement, said that greater efforts were also needed to address their educational needs, mental health and psychosocial welfare, child protection risks, and in preventing and responding to gender-based violence (GBV).

Around 85 percent of the world’s refugees are hosted in low- and middle- income countries that are facing financial challenges and often have fragile health systems.

As a result of the pandemic, refugees and displaced persons have lost livelihoods with disastrous and far-reaching consequences.

UNHCR estimates that three in four refugees worldwide can only meet half or less of their basic needs as families have cut spending on food and fallen deeper into debt.

‘At this time of deep reflection and generosity, our solidarity with the world’s forcibly displaced is needed more than ever’, the UN High Commissioner for Refugees, Filippo Grandi, said.

‘In the spirit of solidarity during the holy month, [I am] appealing for greater support for vulnerable people’.

The UN agency said donations received as Zakat, Sadaqah, or general giving can ease the burden for forcibly displaced families that are away from home and their loved ones.

‘Together we can help refugees and the internally displaced have a roof over their heads, a warm meal for iftar, clean water, and hope for a better and safer future’, Grandi said.

The campaign also aims to provide funds for UNHCR’s regular programming and help meet the mounting needs caused by the Covid-19 pandemic.