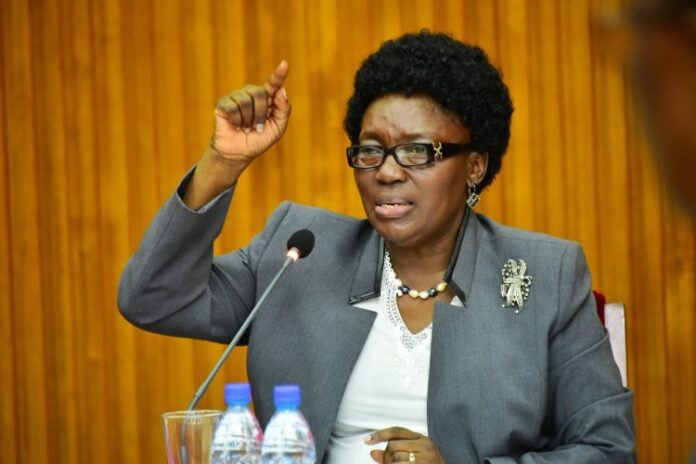 Forum for Women in Democracy (FOWODE) has called on members of Uganda’s 11th parliament to reelect Rebecca Kadaga as speaker.

The forum made the call following reports that Kadaga and her deputy, Jacob Oulanyah, were facing strong opposition from members of parliament.

Addressing journalists regarding the heated speakership race, women activists asked members of the 11th parliament to elect a female speaker.

Led by Solome Nakaweesi, the group noted that Kadaga’s long stay in office is not a big issue since other leaders have also stayed even longer in power and have no signs of leaving soon.

She said, ‘If you talk about even those who are asking her to leave, for instance, the male candidates, some of them have been in parliament for more than two terms. Who is holding the space’?

‘We have groomed more women to take up top positions and we are not short of women that can head, not only as deputies. We are demanding for full positions not for the deputising positions’.

Executive Director of Women’s Democracy Network, Perry Aritua, said that more women should occupy top positions in government, adding that it was unfortunate to see people ‘pulling down’ Kadaga.

‘We [cannot] claim to be progressive when it comes to gender equality’, Aritua said.

‘Out of the four people in [the] race, she (Kadaga) is the only female. We are saying that we need her in that position’.

According to the activists, they were supporting Kadaga not because she is a women but because of her capacity to handle the office.

The speakership election has been scheduled for Thursday, 20 May.