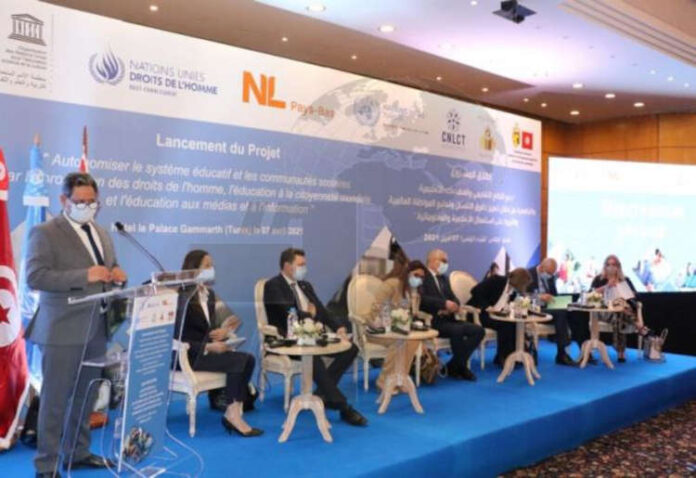 United Nations Educational, Scientific and Cultural Organisation (UNESCO) has launched the ‘Empowering the education system and school communities through the promotion of human rights project in Tunisia’.

UNESCO launched the project, in partnership with the Ministry of Education, the Ministry of Higher Education and Scientific Research, and the National Commission to Combat Terrorism, with a view to preventing violent extremism in schools and universities.

Since the 2011 Tunisian revolution, the country has been struggling with a high number of terrorist attacks.

Similarly, this time in November 2016, a dozen presidential bodyguards were killed on
a bus by a suicide bomber in downtown Tunis. All of these deadly attacks were followed by
sporadic terrorist attacks especially in the south, near the borders with Libya.

According to UNESCO, this project therefore aims to provide all students with the necessary skills to promote sustainable development, gender equality, strengthening of the culture of peace and non-violence.

The two-million-dollars project, with financial support from the Embassy of the Netherlands in Tunis, will be spread over a period of three years, according to the UN agency.

In addition, UNESCO and OHCHR will support Tunisia’s national strategy in the implementation of sustainable development goal (SDG) four, which aims to ensure inclusive and equitable quality education and promote lifelong learning opportunities for all by 2030.

Minister of Education, Fethi Slaouti, said the project was designed to target students to prevent and counter violent extremism in schools through cultural activities and sports, especially during the period of the Covid-19 pandemic.

For her part, UNESCO Project Officer for the Maghreb, Helene Guiol, said that the project was developed to fight against violent extremism and hate speech through educational programmes in elementary schools, secondary schools and universities.