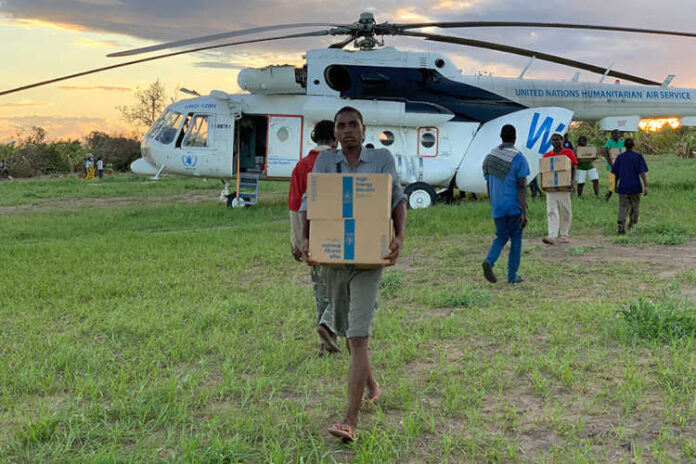 The World Food Programme (WFP) has called on its humanitarian partners to step up their support for the people of South Sudan to prevent starvation.

WFP made the call after further reducing rations from 70 to 50 percent for about 700,000 refugees and displaced persons in the country due to lack of funding.

The organisation’s Country Director in South Sudan, Matthew Hollingworth, said South Sudan was already in a dire situation before the WFP decided to implement the cuts.

The UN agency had warned that its beneficiaries would face increased hunger if it does not receive the money needed to keep its programme running.

The result has been a food crisis that has seen 9,000 people losing access to food every day, according to the United Nations Office for the Coordination of Humanitarian Affairs (UNOCHA), which recently released an urgent appeal for $1.7 billion to help 6.6 million people facing food insecurity in South Sudan.

‘With the worsening food insecurity this year, where we expect around 7.2 million people to suffer from severe food insecurity in this lean season coming, we have to prioritise the most needy, knowing that those who will lose some of their assistance will suffer because of the decision’, Hollingworth said in a statement.

‘We will be working with the communities themselves and with organisations that support them in the camps to monitor the situation to try and ensure we can mitigate the impact on the most vulnerable, because we know these sorts of cuts can lead to higher rates of malnutrition and anemia.

‘WFP will make sure that young mothers and their babies from these communities will continue to receive our nutrition support despite the other cuts’.

According to him, the food agency needs $125 million to carry out its humanitarian response for the next six months.

‘We are calling on our partners, donor governments and wealthy individuals around the world to step up and support the people of the world’s newest nation so that we can prevent starvation, we can sustain our food assistance programme to vulnerable refugees and the displaced and we can reinstate the rations we had to cut as soon as possible’, he said.

Also, Hollingworth called on the government of South Sudan to provide more agricultural land so that refugees and IDPs living in camps can grow their own produce.