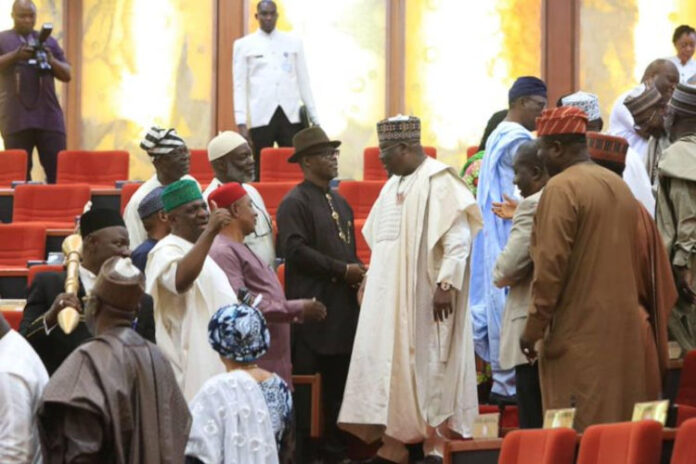 Policy and Legal Advocacy Centre (PLAC) has called on Nigeria’s National Assembly (NASS) to prioritise the passage of key bills as it resumes plenary.

PLAC, in a statement, urged the federal lawmakers to focus on the 2010 Electoral Act Amendment Bill, Petroleum Industry Bill, and the Constitution Alteration Bill.

The civil society organisation (CSO) noted that the quick and early consideration and passage of the bills will help address several agitations from aggrieved citizens.

Development Diaries understands that the Electoral Bill seeks to increase the political participation of women and youths, among others, which will be crucial in strengthening the nation’s democracy.

The bill also seeks to reduce the cost of elections, ensure the deployment of effective election technology and include stringent punishment for violators of electoral laws.

‘PLAC urges the National Assembly not to relent in its efforts and to quickly consider the proposals and recommendations from the members of the public on amendments to the Constitution before it and hold a public hearing where citizens can make further input into the work of the committee’, Executive Director of PLAC, Clement Nwankwo, said.

‘In this regard, it is expected that issues relating to local government autonomy and provisions guaranteeing increased political representation of women, among others, are going to be critical topics for consideration by the committees.

‘Furthermore, the Electoral Bill is another critical reform bill that is before the National Assembly, which has reached a critical stage that requires a concerted effort by the two houses to complete in good time for the president to give assent and for the Independent National Electoral Commission (INEC) to incorporate provisions of the new legislation into its preparations ahead of the 2023 general elections’.

The Senate President, Ahmad Lawan, had said in February 2021 that the 2023 elections would record significant reduction in electoral violence while assuring the passage of the amended Electoral Act in June.

Lawan gave the assurance while responding to questions after delivering a lecture at the National Defence College, Course 29 Programme, in Abuja.

‘Our intention in the National Assembly with this is to further sanitise the electoral environment, and empower the election management body to conduct seamless, transparent and very open sort of election where a winner is very happy that he is a winner and a looser will be glad that he lost in a very fair contest’, he said.

‘So, we are working on this and we hope that the 2023 general elections will see less of electoral violence because the law itself would have been further improved’.