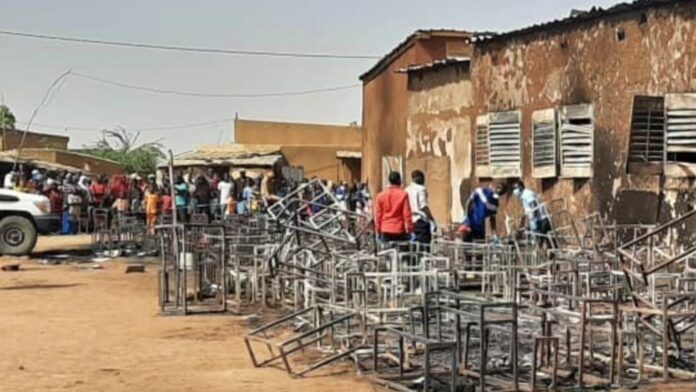 United Nations International Children’s Emergency Fund (UNICEF) has announced a move to provide support to families affected by a fire incident in a school in Niamey, Niger.

At least 20 pre-school children – aged between three and five – were trapped in the fire on the outskirts of the country’s capital.

The cause of the fire had not been ascertained at the time of publishing this report. However, teachers and parents, according to Aljazeera, said the deaths highlight the dangers of temporary classrooms set up outside.

UNICEF Representative in Niger, Aboubacry Tall, said the UN agency was deeply saddened by the incident.

‘Our hearts are with the impacted children and families, especially those who lost their loved ones’, Tall said in a statement.

‘We express our deep sympathy to the victims, families and communities affected by this incident.

‘UNICEF is working closely with national authorities and its partners on the ground to provide support and the necessary assistance to affected children and families’.

The cause of the fire was still under investigation at the time of this report, with security forces blocking off the scene.

It is understood that straw huts are often used to make room for students in overcrowded schools in Niger, which ranks as the poorest country in the world under the United Nations’ 189-nation Human Development Index.