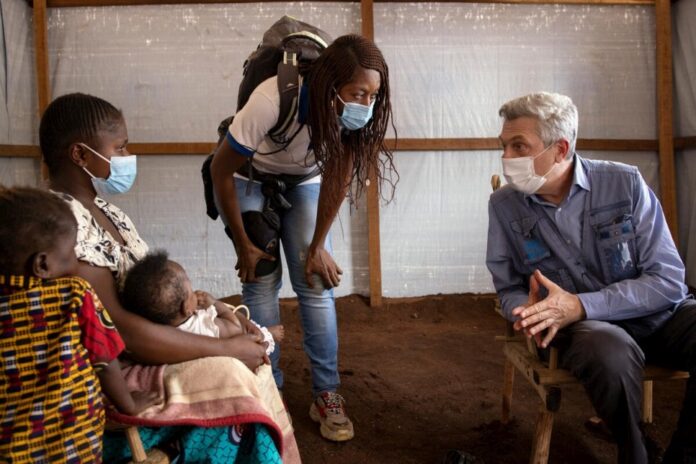 The Central African nation, according to the head of the UN agency, Filippo Grandi, is struggling with one of the largest internally displaced populations in Africa.

According to local authorities, 92,000 refugees have arrived in the DRC in the past four months, following post-election violence in Central African Republic.

‘We need greater commitment and solidarity with this country and local communities that continue to open their arms and their homes to refugees, despite having very limited resources’, he said in a statement.

Grandi commended local communities at the new sites who have offered land to the newly arrived refugees and welcomed children into their schools.

‘Refugees can grow their crops alongside the host community, become self-reliant, access local health services and schools. This is real inclusion’, Grandi added.

The High Commissioner was received by President Felix Tshisekedi at his office with whom he discussed the forced displacement challenges facing the country.

According to the statement, Grandi and Tshisekedi agreed that protection of civilians in conflict-affected areas of the DRC, especially in the eastern provinces, had to be strengthened.

They also agreed that development interventions had to be more strategically targeted.

The humanitarian response in the DRC has been impacted by severe underfunding, with UNHCR’s 2021 appeal of $204.8 million just 16 percent funded.