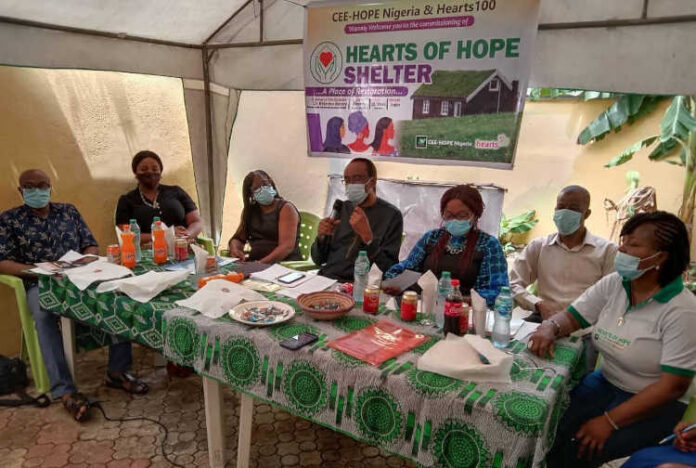 Centre for Children’s Health Education, Orientation and Protection (CEE-HOPE) and Hearts100 have called on governments in Nigeria to provide housing for victims of gender-based violence (GBV).

They made the call at the inauguration of the Hearts of Hope Shelter for women and girls in Lagos State, southwest Nigeria.

Development Diaries learnt that the shelter, which was initiated by CEE-HOPE and Heart100, is a refuge for those impacted by GBV as it provides temporary accommodation, psychosocial support and empowerment for women and girls.

On the global scale, the United Nations Population Fund (UNFPA) estimates that one in three women have experienced physical or sexual abuse in their lifetime.

In Africa’s most populous nation, nearly three in ten women have experienced physical violence by age 15, according to the Nigeria Democratic Health Survey (NDHS).

‘Long and short, GBV is on an astronomic rise and there is need for support systems such as safe houses to serve as escape and rejuvenation platforms’, founder of CEE-HOPE, Betty Abah, said in a Facebook post.

‘While Nigeria with a large population of 200 million can only boast of 20 shelters, this is, therefore, a clarion call to the government at all levels and private individuals and organisations to take the need for setting up shelters as a major priority’, she added.

Abah also said the non-governmental organisation (NGO) was committed to ensuring the privacy and safety of residents.

For his part, the representative of Hearts100 in Nigeria, Dr Nnimmo Bassey, said governments in the country should do more to provide housing for citizens, especially for vulnerable groups.