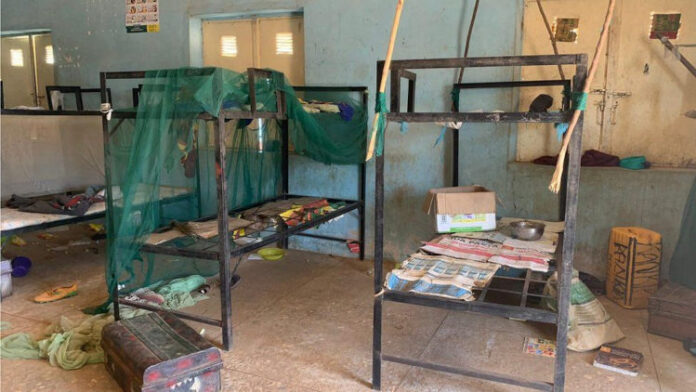 ActionAid Nigeria (AAN) says the menace of abduction is a threat to efforts at reducing the rate of out-of-school children in the country.

Country Director of the humanitarian organisation, Ene Obi, warned that since schools were now seemingly unsafe for girls, the abductions would give parents undue justification to force their girl-child into an early marriage.

Speaking on the state of the nation as it affected women, girls, people living with disabilities, Obi called on state governments to prioritise improved security for children in schools and provide quality education system.

In February, gunmen killed a school pupil and abducted 27 other children in a night-time raid on their boarding school in Kagara, Niger State. Three members of staff and 12 of their relatives were also abducted.

A similar incident occurred in the northwest state of Zamfara, as 279 schoolgirls were kidnapped from Government Girls Secondary School, Jangebe.

All the abductees were later released.

‘The rising cases of abduction of school children is alarming and will further disparage stakeholders’ efforts at reducing the rate of out-of-school children in Nigeria, particularly, the girl-child’, Obi said in a statement.

‘Schools are now seemingly unsafe for girls and give parents undue justification to force their girl-child into an early marriage.

According to a survey conducted by the United Nations International Children’s Emergency Fund (UNICEF), the population of out-of-school children in Nigeria is over 13 million, the highest in the world.

Data from the UN agency shows that 69 percent of these children are in Nigeria’s northern region, and 60 percent of them are girls.

‘We recommend the overhauling and restructuring of the security architecture to create real changes and avoid putting old wine in a new bottle; funding, equipment, boosting the morale of the men in the field among others should also be revisited’, she said.

‘Also, community ownership is key to winning the insecurity battle as evidenced by ActionAid Nigeria and state partners community action response teams piloted in 24 communities in Kogi and Nasarawa’.