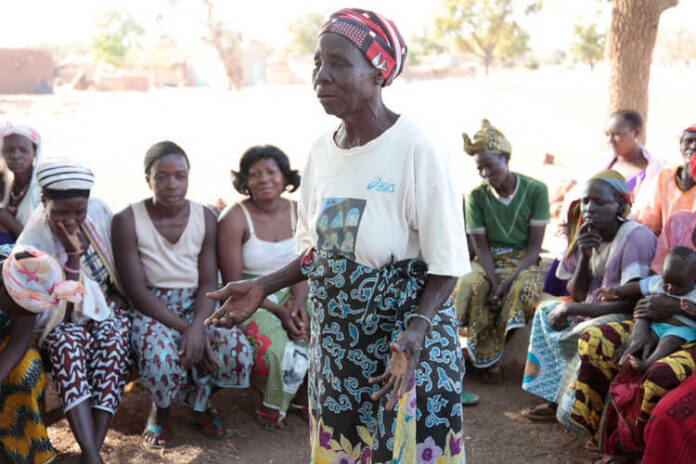 Three groups of women in Liberia’s Lofa County have received over US$16,000 from the European Union (EU) and United Nations (UN) Women Spotlight Initiative.

The grant was provided to support a project being implemented by Plan International Liberia through local civil society organisations (CSOs) in five of Liberia’s 15 counties.

The project is aimed at supporting the campaign against the practice of female genital mutilation (FGM).

In Liberia, FGM prevalence rate among women between the ages of 15 and 49 is 38.2 percent, according to the 2019 Demographic Health Survey in Liberia.

The practice, according to the survey, is considerably more prevalent among women who live in rural areas (52.3 percent) than those in urban areas (29.9 percent).

‘What we want to see is that if you are selling one sack of water today, the next time we come, we should see you selling more sacks; this is what we want to see’, the Programme Officer of Women Solidarity Incorporated (WOSI), Mackins Pajibo, said.

For his part, Lofa County Assistant Superintendent, Samuel Mulbah, praised WOSI and Plan International Liberia for improving the lives of traditional women in the county.

‘I can assure you that our mothers will not make you shame, they are well prepared and willing to make all of us proud as a county’, Mulbah said.

Officials of the National Traditional Council in the county and the Ministry of Gender, Children and Social Protection thanked the European Union and UN Woman for empowering the woman.