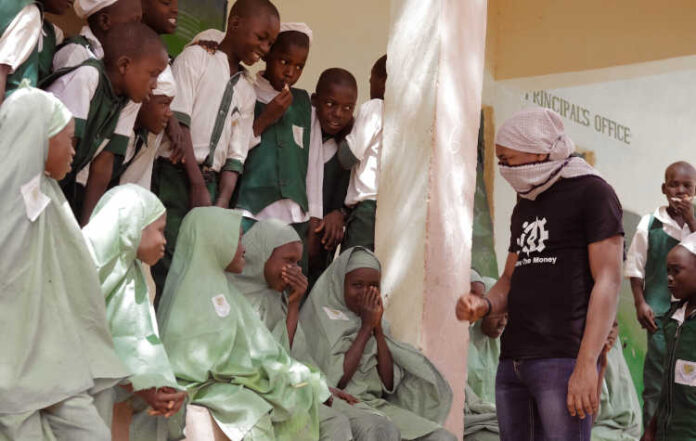 Nigerian humanitarian Hamzat Lawal has renewed his commitment to social development as he marked his birthday on 12 March, 2021.

The Chief Executive of Connected Development (CODE) had in the wee hours of the day said on social media that he felt so excited and blessed celebrating his birthday as a father.

Hamzat, who is the founder of Follow The Money, and his loving wife, Ummi, announced the birth of their triplets in October 2020.

‘Celebrating my first birthday as a father with the hope to train my children in becoming good human beings, full of empathy and wanting to serve humanity’, he tweeted with a picture of his lovely children.

‘I look at my princes and feel so excited and blessed. I am thankful to God Almighty for life, successes and genuine passion’.

His birthday post attracted a flood of moving comments from his followers, including his family members, friends and colleagues.

The anti-corruption activist must have felt the full weight of love and appreciation as he took to his social media platforms to express how the birthday messages overwhelmed him.

‘Thank you for the show of love and kindness. It made me overwhelmed with excitements’, he tweeted.

‘As I keep learning while reflecting on my past, I look forward to a future full of exciting and endless possibilities’, he said on his birthday.

Hamzat recently made the final list of five nominees for the WIN WIN Gothenburg Sustainability Award.

The award rewards the people and organisations from around the world whose actions have resulted in a more sustainable future.

Hamzat was also recognised as one of the world’s 100 most influential people in digital government by Apolitical in 2018 and 2019.

He has also been ranked as one of the 100 most influential Africans along with Amina
Mohammed, Aliko Dangote and Chimamanda Adichie.

Franklin Cudjoe Looking for another Job