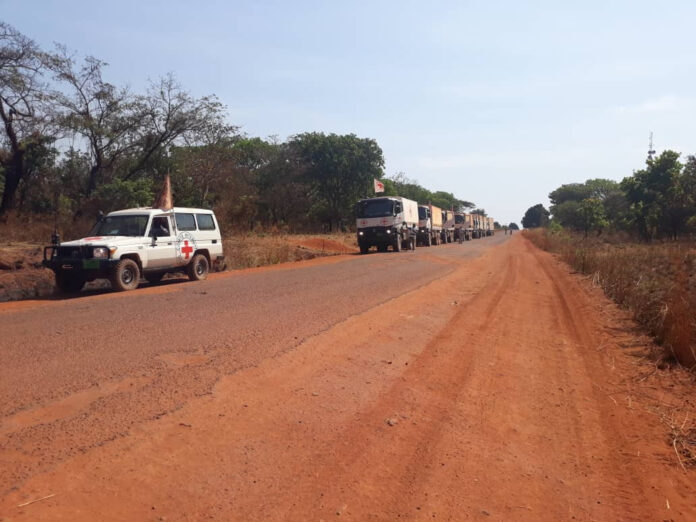 Central African Republic (CAR) has received 135 tonnes of food from the International Committee of the Red Cross (ICRC) for almost 10,000 people displaced by violence.

ICRC said a convoy of ten trucks and three cars from Cameroon arrived in the country with the food.

More than 14,000 people have been displaced since 21 February in Bossangoa, northwest of the country, fearing an offensive by the Central African Armed Forces (FACA) and their allies.

Elements of the Coalition of Patriots for Change (CPC) took control of the town following the 27 December reelection of President Faustin-Archange Touadéra.

‘This is the first convoy organised by the ICRC this year. It received immediate approval from all parties to the conflict to deliver humanitarian aid’, Deputy Head of the ICRC delegation in the CAR, Yves Van, said.

‘This is an encouraging signal for respect for international humanitarian law’.

According to the United Nations Office for the Coordination of Humanitarian Affairs (OCHA), more than 500 trucks carrying essential supplies sent by the UN and its partners are stuck at the border between Cameroon and the Central African Republic.

Much of the goods imported into the landlocked country arrive by road from Cameroon.

The border blockade has increased the prices of some basic items by as much as 240 percent in Bangui and the surrounding area.