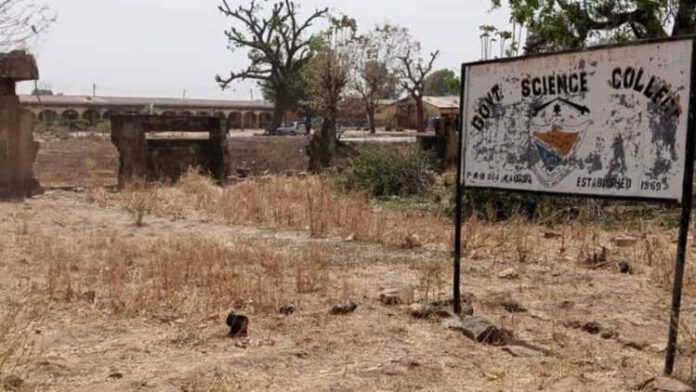 Gunmen killed a school pupil and abducted 27 other children in a night-time raid on their boarding school, according to Governor Abubakar Bello of Niger State.

The governor also confirmed the abduction of three members of staff and 12 of their relatives.

‘UNICEF condemns in the strongest possible terms any attack on a school and calls for the immediate and unconditional release of any children who may be missing, and their safe return to their families’, the UN agency said in a statement.

‘UNICEF is deeply concerned about these reported acts of violence. Attacks on schools are a violation of children’s rights.

‘Children should feel safe at home and at school at all times – and parents should not need to worry for the safety of their children when they send them off to school in the morning.”

‘We acknowledge the efforts being taken by the government of Nigeria for the safe return of any missing children’.

Similarly, Amnesty International Nigeria (AI), in a statement, said attacks on schools and abduction of children are crimes.

The human rights organisation called on the Nigerian government to take all measures to return them to safety, along with all children currently under the custody of armed groups.

‘The protection of children’s lives is paramount, and the Nigerian government has a duty to ensure that the country’s educational sector is not further threatened by armed groups on a rampage across northern Nigeria’, AI Country Director Osai Ojigho said in the statement.

‘The attack on Government Science College Kagara is a serious violation of international humanitarian law, and it undermines the right to education for thousands of children in northern Nigeria.

‘The abduction of students by armed groups can severely reduce the availability of and access to education for many children in northern Nigeria where violent attacks are escalating’.

Reacting to the incident, the Inspector-General of Police, Muhammed Adamu, said, ‘We are working to ensure that the students are returned unharmed.

‘We are using the same strategy as we used in the past case but it will not stop us from apprehending those who committed the act.

‘We have deployed our units of mobile policemen to reinforce security in the state’.

Before the Kankara abduction, more than 100 girls were kidnapped from the Government Girls Science and Technical College, a boarding school in Dapchi, Yobe State. This abduction happened on 19 February, 2018.

The schoolgirls were reportedly released by the side of a road almost five weeks later. But five of the girls died and one other – Leah Sharibu – is still being held.

Seven years ago, 276 schoolgirls were abducted from their school in Chibok, Borno State, by terrorist group, Boko Haram.

The kidnapping of the girls sparked the creation of the hashtag #BringBackOurGirls, one of the biggest global social media campaigns.

Boko Haram kidnapped the girls because of their opposition to Western education, which the militants believe corrupts the values of Muslims.

Analysts say the growing menace of student abductions in the country reflects the growing strength of criminal gangs and the weakness of the Nigerian government and its security agencies.