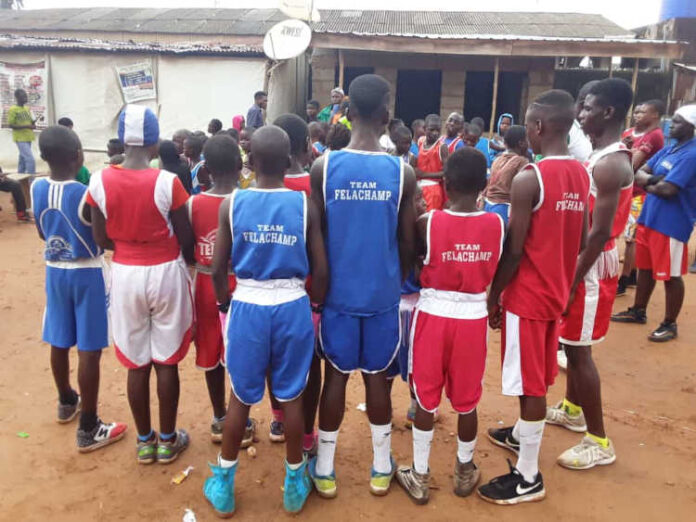 In its report on the Role of sport in Achieving the Sustainable Development Goals (SDGs), the United Nations recognised sport as a cost-effective and flexible tool for promoting peace and development objectives.

‘We recognise the growing contribution of sport to the realisation of development and peace in its promotion of tolerance and respect and the contributions it makes to the empowerment of women and of young people, individuals and communities as well as to health, education and social inclusion objectives’, the UN noted.

‘Through sport and physical activity, women and girls can be empowered and benefit from the positive impact that sport has on health and psychosocial conditions’.

Sport for development and peace, therefore, occupies a critical place in the drive towards the achievement of a nation’s SDGs.

With regard to the SDG of ensuring healthy lives and promoting well-being for all at all ages, YEDI, through sport, supports children and young people who are particularly impacted by health, social and economic difficulties.

Through football, which is the most popular sport in Nigeria, the organisation gets key health-prevention messages across to young people, raising their awareness in particular of the AIDS epidemic afflicting the country.

UNICEF, in a recent report, noted that every minute and 40 seconds a child or young person under the age of 20 is infected with HIV.

Development Diaries understands that over 1.9 million people are living with HIV in Africa’s most populous nation, with only 67 percent of them aware of their HIV status, according to data from the National Agency for the Control of AIDS (NACA).

‘YEDI’s first programme, Grassroot Soccer West Africa programme, is currently implemented in over 500 sites in Lagos, Akwa-Ibom and Ogun States and has had more than 110,000 young graduates so far’, YEDI said in a report on its website.

The organisation educates, inspires, and mobilises communities to stop the spread of HIV, malaria and other diseases and provides children and youth in disadvantaged communities with life and coping skills.

The Skillz Girl programme seeks to engage girls between the ages of 13 and 19. In playing football and taking part in other physical activities, they learn to make the right health and physical well-being choices.

Sport is also an important enabler of achieving gender equality and empowering all women and girls. This is where FAME Foundation’s PLAY it DREAM it initiative comes in.

From forced and early marriages to the physical, mental or sexual assault on girls and women, nearly three in ten Nigerian women have experienced physical violence by age 15, according to the Nigeria Democratic Health Survey (NDHS).

Similarly, the UN agency in charge of sexual and reproductive health agency, UNFPA, says incidence of GBV is growing in a rapid manner in Nigeria.

FAME Foundation, which focuses on women and girls’ empowerment, uses the PLAY it DREAM it project to help girls access quality education and end child marriage.

‘Sport can help women and girls demonstrate their talents and achievements to society by emphasising their skills and abilities. This, in turn, improves self-esteem and self-confidence in women participants’.

The foundation launched the project in 2019, with two teams – #endchildmarriage and #educatethegirlchild – facing off.

Team members and their supporters were educated about the significance of sport and development and how it could be used to positively affect the life of a girl child.

The foundation recently signed a partnership with the FCT Football Association (FCT-FA) to boost the activities tied to the project.

According to its Executive Director, Aderonke Bello, sport remains a common ground for all.

‘These girls will be trained on hygiene, leadership skills, personal development, and life skills, which will empower and educate them, and also enable them to compete with their equals’, she said.

Likewise, Felachamp Promotion, through a boxing education project, is aiding the prevention of conflict while promoting peace among young people in Ijeshetedo area of Lagos State. This is in line with the promote just, peaceful and inclusive societies SDG.

With The Clash of D-Titans event, Felachamp Promotion seeks to prevent children from involving themselves in criminal activities as the organisation helps them to develop a future-leader mindset.

According to the organisation, many children wanted to participate in the event, but it could not accommodate more than 16 participants.

‘So we selected one fighter per boxing club and we will proceed like that for our next events, to give everybody the same opportunity. We plan to organise three to four events annually’, founder of the organisation, Oladimeji Akinde, told Development Diaries.

‘Always do better, always aim higher, always acquire new knowledge and skills, always help the people around you. Stay focused, never give up, as better days are ahead’, he advised young people.

Sport, indeed, has the power to change the world as it is a powerful tool that strengthens social ties and promotes sustainable development and peace.