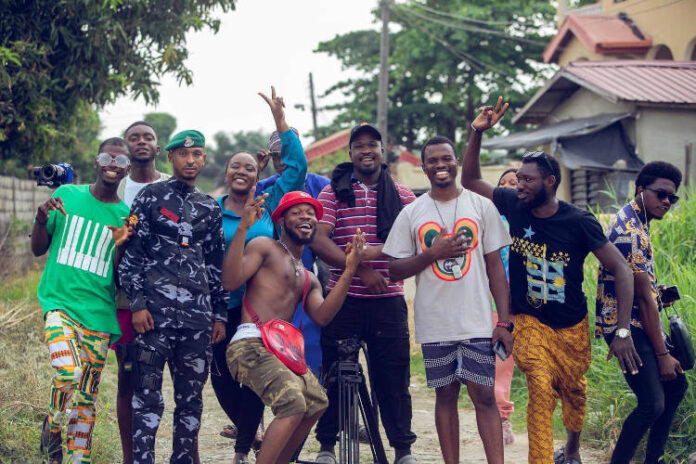 More than 60 percent of Nigerians watch skits amid the rise in youth unemployment, a new study by the Africa Polling Institute (API) has revealed.

The research think tank said it conducted a nationwide survey to glean the opinion of Nigerians regarding the rise of skits and digital content creation in Africa’s most populous nation.

In the report, titled, Skit Economy: An Assessment of Digital Content Creators in Nigeria, the views of Nigerians were sought regarding the rise for skits, their viewership and who they considered the top skit comedians in the country.

Nigerians identified the rise in youth unemployment (37 percent), the need for entertainment and relaxation (22 percent), and the innate talents and creativity of Nigerian youths (18 percent) as some of the factors aiding the skit economy.

The study also found that 91 percent of respondents were of the opinion that skits are useful in creating awareness about social trends; 83 percent identified the role of skits in correcting societal ills; while 90 percent acknowledged the potentials of skits for employment generation in Nigeria.

Nigeria’s unemployment rate, as at 2020 second quarter, stood at 27.1 percent, up from the 23.1 percent recorded in 2018, according to the National Bureau of Statistics (NBS).

Unemployment among young people aged between 15 and 34 stood at 34.9 percent, while 28.7 percent were underemployed.

Also, available statistics shows that about 87 million Nigerians, or half the population, live on less than US$1.90 per day.

Speaking at the launch of the report, the Executive Director of API, Professor Bell Ihua, advised the government and the private sector players to fund and support the skit economy in view of its potential for economic diversification and poverty alleviation.

However, skit comedians, according to the study, identified poor funding and lack of finance, high cost of production, and poor electricity supply as some of the key concerns hindering the growth of skits economy in the country.

‘The study, therefore, represents a novel attempt by the institute to understand a seemingly under-researched space, which is contributing significantly to the economic growth of the nation and mental wellbeing of citizens’, Ihua said.