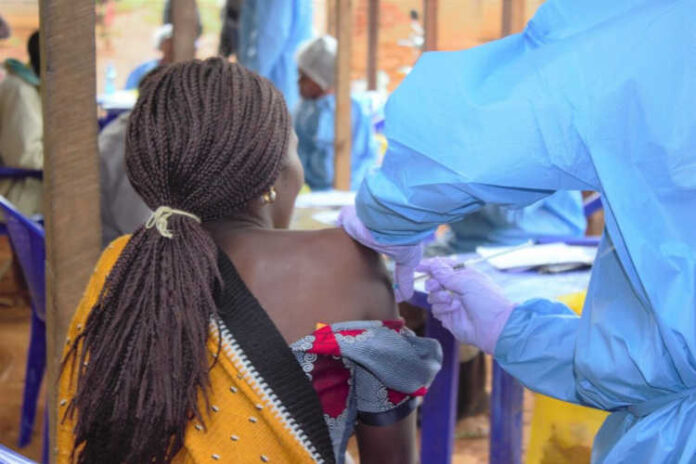 Médecins Sans Frontières (MSF) has called for equitable distribution of Covid-19 vaccines as African countries work towards protecting citizens from the pandemic.

Highly infectious new strain of Covid-19 is understood to be spreading through southern Africa, with health workers in Mozambique, Eswatini and Malawi struggling to treat escalating numbers of patients.

In Eswatini, a territory of 1.1 million people, 200 new cases are being reported each day and deaths are around four times higher than in the first wave of the pandemic, according to MSF.

Over 40 million vaccine doses, according to reports, have been administered in mostly wealthy countries since December 2020.

But middle- and lower-income countries are lagging far behind.

‘We are appalled by the inequitable distribution of Covid-19 vaccines across the world,” MSF Director of Operations, Christine Jamet, said.

‘While many wealthy countries started vaccinating their health workers and other groups nearly two months ago, countries such as Eswatini Malawi and Mozambique, which are struggling to respond to this pandemic, have not received a single dose of vaccine to protect the most at-risk people, including frontline health staff’.

The World Health Organisation (WHO) had called for a full commitment to COVAX – the global vaccine-sharing scheme.

It is understood that more than 180 countries have so far signed up to the COVAX initiative.

‘My challenge to all member states is to ensure that by the time World Health Day arrives on 7 April, Covid-19 vaccines are being administered in every country, as a symbol of hope for overcoming both the pandemic and the inequalities that lie at the root of so many global health challenges’, the WHO chief said.

Africa has surpassed three million confirmed cases since the start of the pandemic, with more than 1.2 million in South Africa.

The continent seeks to vaccinate about 780 million people, representing some 60 percent of its population of 1.3 billion.

Chairperson of the AU, President Cyril Ramaphosa, had announced the purchase of 270 million Covid-19 vaccine doses for the continent.

The AU chief said at least 50 million of the doses will be available in the months of April to June and the rest will be delivered before the end of 2021.