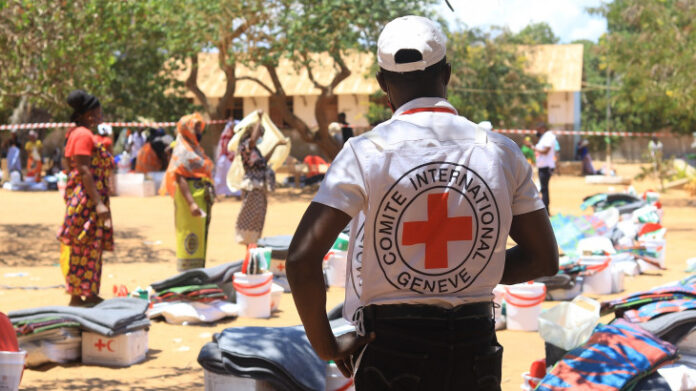 The International Committee of the Red Cross (ICRC) has announced plans to scale up humanitarian response in the northern Mozambican province of Cabo Delgado.

More than 400,000 people from the country’s northern province of Cabo Delgado have been displaced, according to government estimates, due to attacks by armed groups.

Approximately 100,000 internally displaced people have sought refuge in and around Pemba in temporary shelter sites, such as school buildings, or with host families, increasing the city’s population by a third.

It is understood that many displaced persons cannot access clean drinking water and are exposed to malaria with barely any protection.

The fighting that started in October 2017 has continued to increase in intensity as it has forced almost a fifth of the province’s people to leave their homes.

‘The people of Mozambique are today facing a triple humanitarian crisis with persistent threats due to climate change, the Covid-19 pandemic and armed conflict’, the ICRC President, Peter Maurer, said in a statement.

‘We remain at the side of Mozambique in these challenging times and will scale up our support’.

As part of its response, the ICRC said it will rehabilitate nine primary health facilities serving more than 175,400 patients in Pemba, and support hospitals in Montepuez and Pemba specialised in the treatment of trauma wounds.

‘It will also continue its support to the Covid-19 treatment centre, Décimo Congresso, in Pemba, rehabilitated in 2020, with donations of health and hygiene material’, the statement added.

‘In parallel, the ICRC will continue helping displaced and host communities locate their missing loved ones or establish contact with them, as well as with essential household items, seeds, tools and fishing kits to help them rebuild their lives.