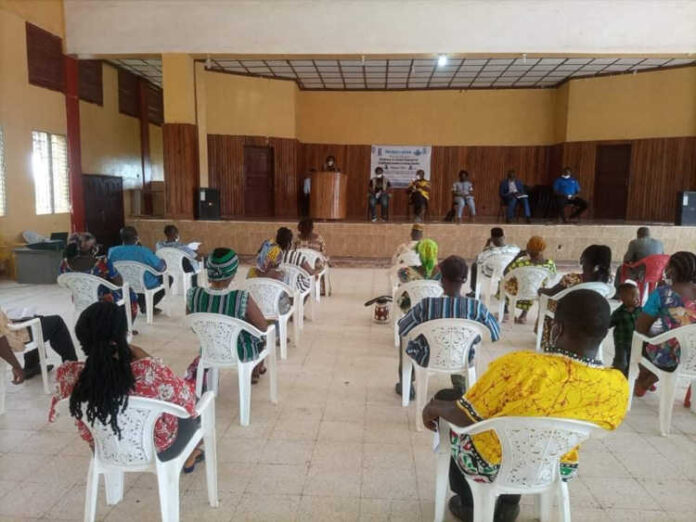 Her Voice Liberia has commenced a project to help about 80 percent of Liberians, including traditional leaders, understand key human rights and other statutory laws in the country.

The organisation launched the project, titled, ‘Strengthening the capacity and resilience of traditional leaders on statutory system, human rights and Covid-19 in Bong County’, on January 22, 2021 in Gbarnga.

Traditional leaders and other local authorities in the West African country find it difficult to fully understand the Liberian legislation.

As a result, 80 percent of Liberians mainly in the rural areas reportedly pursue justice through traditional means.

Her Voice Liberia is implementing the UNDP-funded project in Bong, Jorquelleh Districts one and two, and Suakoko.

‘Many, particularly in the rural areas, do not pursue the formal court system of getting justice but seek the informal means’, UNDP Representative, Marzu Stubblefield, said at the launch.

‘This will require defining new roles and aligning with human rights norms and gender equality’.

She said the UNDP support was meant to strengthen the justice sector in the country and the government of Liberia in its efforts to build a society based on the principles of rule of law, human rights, and justice.

For her part, the Executive Director of Her Voice Liberia, Margaret Nigba, advised traditional leaders to make use of the statutory legal system in handling matters.

Speaking on behalf of all traditional leaders, the Traditional Investigator for Bong County, Dakeh Paye, assured that they will give their maximum support for the success of the project.

‘To understand the written laws is very good for our work, and we want to say this project is for us and not you because we need the knowledge’, Paye said.