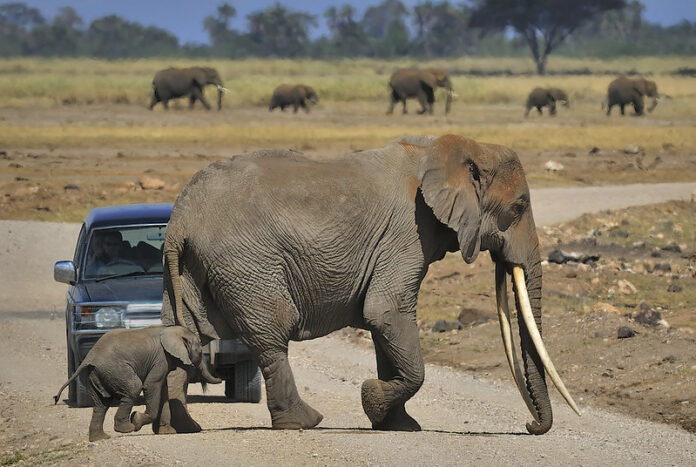 Conservation Justice says it has executed a project in Gabon that resulted in the arrest of 47 wildlife traffickers in the space of one year.

The non-governmental organisation (NGO) made this known in the 2020 assessment of the Wildlife Law Enforcement Support Project.

One of the recent operations of the project in Gabon, according to the NGO, took place on 12 November, 2020, in the town of Koulamoutou, where an alleged trafficker was arrested while trying to sell six elephant tusks.

The operation was carried out in collaboration with the police and agents of the ministry in charge of forests and wildlife.

Gabon, according to WIldAid, is home to an estimated 50,000 of Africa’s 100,000 imperiled African forest elephants.

‘I can tell you today, in no uncertain terms, that we are fighting a war against illegal natural resource extraction. If we lose, we risk losing control of our nation and of our destiny’, the country’s president, Ali Bongo, had said.

Conservative Justice said in the report that operations initiated under the AALF project in 2020 also led to the seizure of 73 ivory points, four panther skins, two hunting rifles and a 12-calibre weapon.

Of the 54 people prosecuted, the NGO said the project facilitated the obtaining of 44 firm convictions ranging from 180 to 730 days in prison, with an average of 487 days in prison.

‘In terms of the fight against wildlife trafficking, Gabon is an example to follow in Central Africa and more generally in Francophone Africa’, Conservation Justice Executive Director, said Luc Mathot, said.

Conservation Justice, which was registered in Belgium in 2010 to support wildlife law enforcement activities in Africa, is mainly active in Gabon where it has facilitated the arrest of more than 150 wildlife dealers.