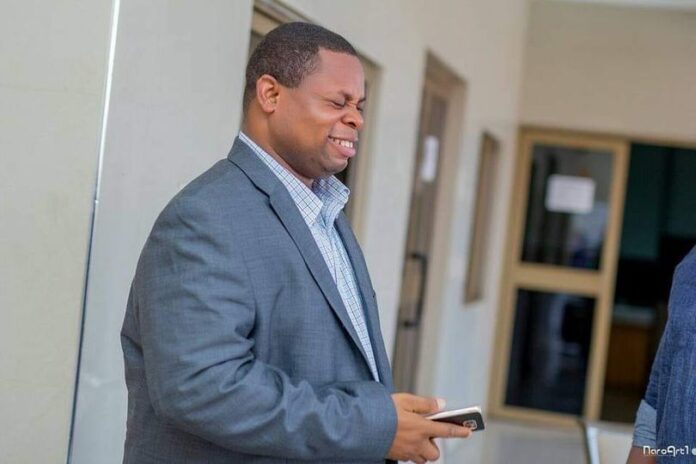 Chief Executive Officer of IMANI Centre for Policy and Education, Franklin Cudjoe, says he is looking for another job.

The development expert made this known on 16 February as he marked his 45th birthday, referring to himself as ‘Commander 45’.

Employers, perhaps those running development establishments, may need to reach out to him to ascertain his availability for another role.

‘I am grateful to the Lord. 45 glorious years, Lord, you have done so much in my life. Commander 45, here I come’, the Ghanaian said in a Facebook post.

‘I am looking for another job’, he added with a laughing emojis, urging readers to see his resume.

In 2010 Franklin was consulted by the UK Prime Minister’s office on how to make effective use of British aid in Africa.

Also in 2010, Franklin was named a Young Global Leader by the World Economic Forum in Davos, Switzerland.

He was named a fellow of the Africa Leadership Network in 2012, and the only named think tank leader in ‘Top 50 Africans’ list of the respected Africa Report Magazine in 2012.

Furthermore, Franklin was hosted as a ‘Special Visitor’ by the Australian government in 2015, touring five cities and interacting with business leaders, politicians, think tank leaders, cultural leaders and the leadership of the foreign and trade department.

Franklin, who has a B.Sc. in Land Economy from KNUST, is an alumnus of Harvard Kennedy School Executive Education, the Atlas Economic Research Foundation’s Think Tank MBA, and the Montreal Economic Institute’s Think Tank Training Programme.